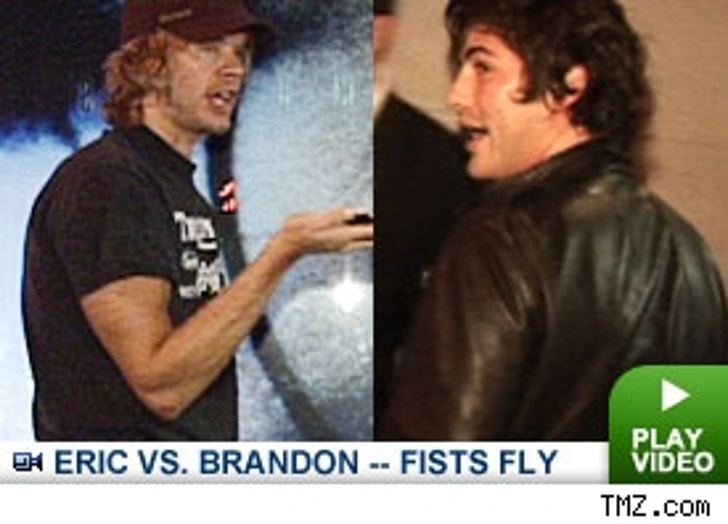 Brandon Davis is on the warpath, and it looks like he's wearing out his welcome in Hollywood.

TMZ spies were at Hyde in Hollywood Monday night and watched Davis brawl with actor Eric Chirstian Olsen inside the club. It's unclear what set them off, but it didn't matter to the bouncers. Davis and Olsen were promptly ejected from the joint.

TMZ got shots of Davis, who is famous for his "Firecrotch" rant against Lindsay Lohan earlier this year, as he was tossed out the front door. Olsen was unceremoniously booted out the back.

Davis has had anger-management issues this month. It's the second time he's been involved in a violent late night melee. Just last week, Davis reportedly duked it out with "Entourage" star Kevin Connolly in front of Paris Hilton's Hollywood home.

Reps for both Davis and Olsen could not immediately be reached for comment.