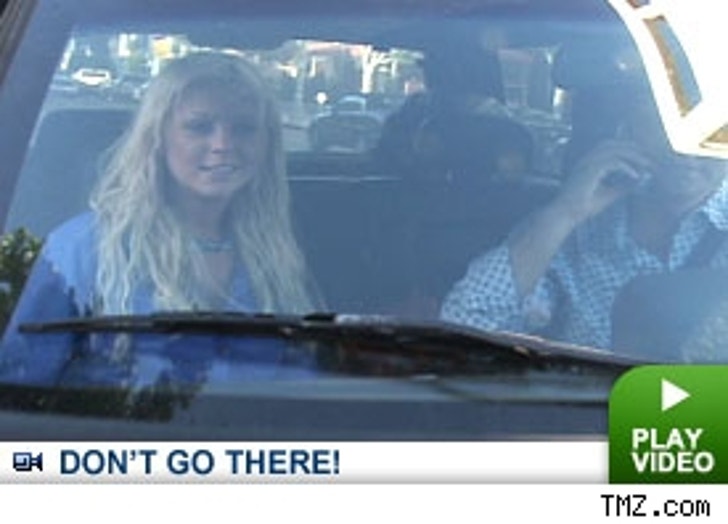 While some Internet sites hypothesize about bodywork Tara Reid may or may not have done, one photog took it upon himself to go straight to the source.

Reid lunched with friends at the chic Los Angeles eatery the Ivy yesterday. When the "American Pie" star went to retrieve her car from the valet, one paparazzo asked, "Are the rumors true about the breast reduction?" Reid quickly shot the question down with, "Alright, good night guys."

Tara usually gets along with the paparazzi, unless, of course, she doesn't. Last month Reid told photogs, "Everyone hates you paparazzi but when you're nice, I don't hate you guys because you're nice to me. The day you're not nice I'm gonna f***ing kick your ass."

A few days later, who could forget the video our photog shot of Reid trying her hardest to get into Hollywood hotspot Hyde -- only to watch Paris Hilton saunter right by her?

We still love you, Tara!