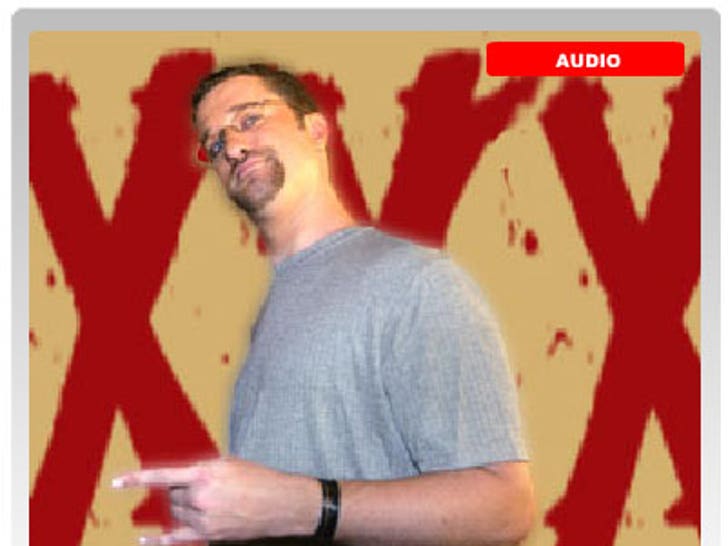 Dustin Diamond went on the MJ Morning Show in Tampa, Fl. this morning to refute an article on TMZ that suggest that Diamond knew the sex tape starring him existed and would be released shortly. 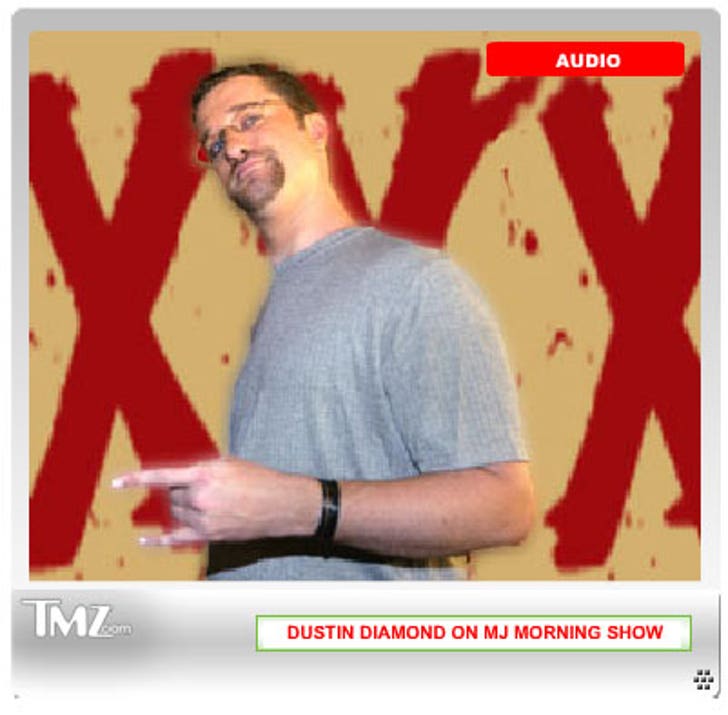 According to Globat.com, the Web hosting company that signed Diamond as its spokesman just weeks ago, they were told that they were "lucky" to get him because something huge was about to happen. Diamond maintains the something big was a "Showtime special" and a new ABC show called "Knights of Prosperity."

He also went on to tell the morning show, "I am not pushing this video in any way. I am not condoning this video."

OK, let's start with that last quote first. Um, how do we say this without being rude? Yeah you are and yes you do. It's okay. There's nothing wrong with it. Look what it did for Paris -- you'll be a regular at Hyde in no time.

Now onto the whole "I've got a Showtime special" thing. No you don't. You're on a show called "White Boys in the Hood." It's a 10-episode series (think "Showtime at the Apollo") that was shot in New York and you're one of dozens of comics who appeared on it.

As for the "Knights of Prosperity," he's making a cameo in one episode -- though the show tells us "it's hilarious."

Diamond went on to tell the MJ Morning Show, and CNN's "Showbiz Tonight," about a celebrity club that exchanges sex tapes and gives the tape a score based on things that are accomplished on the tape. Ew.

So Screech, if you're out there ... come clean, man. It's ok. Look at Paris, Pam, Colin and R. Kelly (OK, maybe not him) -- there's nothing wrong with making a little cash on the side with a sex tape.