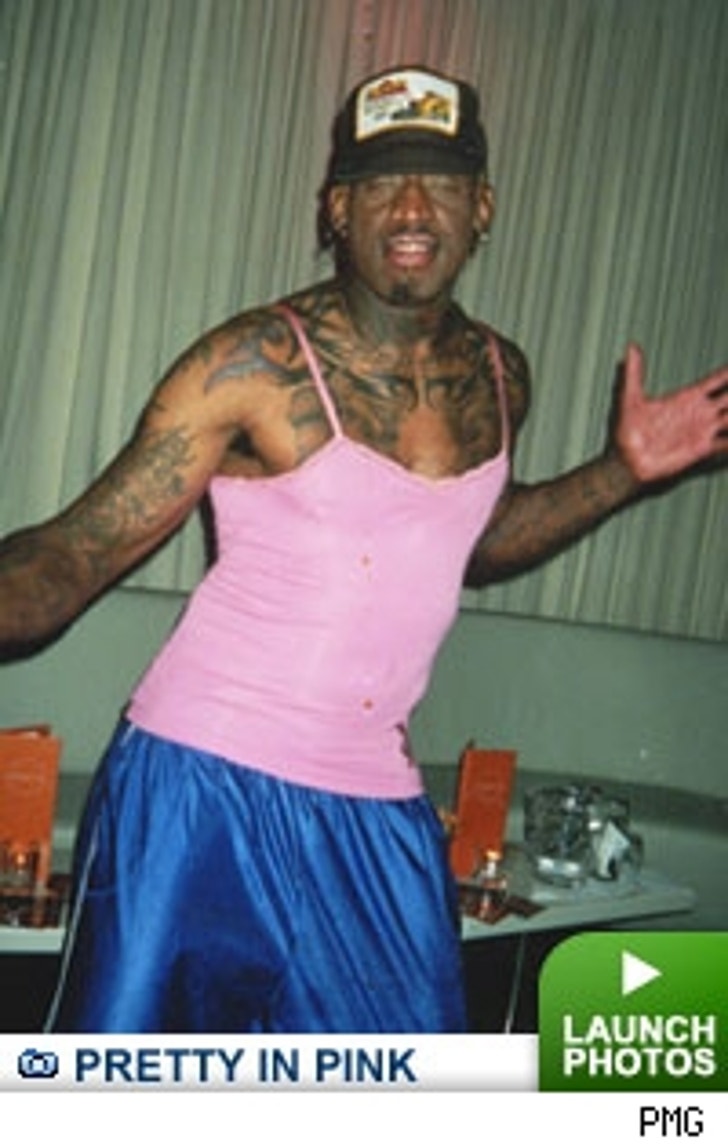 Ex-NBA bad boy Dennis Rodman was in Las Vegas last night, eating at hot new sushi restaurant, Social House. He sat briefly at his table and enjoyed shrimp and pork lumpia. Most of his dining experience was spent schmoozing and boozing around the restaurant, drinking specialty cocktails. He showed some love to his fans and allowed restaurant goers to take pictures with him while they were eating.

Later that evening, Rodman meandered over to hip spot Tangerine at the Treasure Island, where he became the hostess with the mostess... literally! After a putting back a few Jagermeister shots, Rodman took over the burlesque show and held nothing back -- dancing with a few of the female guests. While doing his own burlesque number, Rodman took off his extra small pink Playgirl camisole and twirled it around his head. Sources inside the club say flashbulbs never stopped as club goers served as Rodman's own paparazzi.

Get down on it!