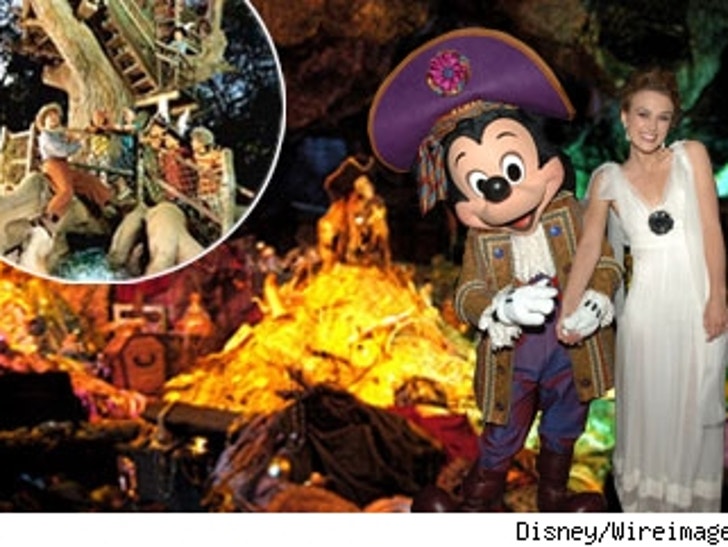 Is Disneyland slowly but surely morphing into ... Pirateland? 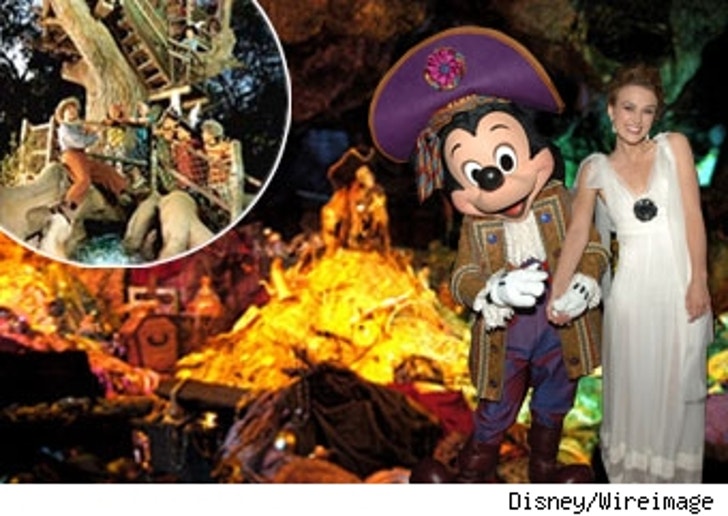 Disneyland's Tom Sawyer Island, one of the attractions personally designed and guided by Walt Disney himself 50 years ago in Anaheim, Calif., might be destined for the wrecking ball in favor of a "Pirates of the Caribbean"-themed area -- replete with an animatronic Keira Knightley and Orlando Bloom replacing Becky Thatcher and Huck Finn. According to a report by Disney theme park-watchdog-site MiceAge, the Tom Sawyer Island attraction, full of treehouses, caves, and trails that refer to scenes in Mark Twain's beloved adventures, will be given a $28 million-plus makeover into a full pirate paradise. The original "Pirates" ride, by which the films were "inspired," have been tweaked to reflect Johnny Depp's portrayal of Captain Jack Sparrow.

The opening of the new "Pirates" attraction will be timed, says MiceAge, to coincide with the release of the third "Pirates of the Caribbean" film next summer. A source with knowledge of the park's finances and operations tells TMZ that from a financial standpoint, the move is a no-brainer: "That's very valuable real estate [in the theme park], and if you ask a hundred kids who Jack Sparrow and Tom Sawyer are, what do you think they're going to say?" The two "Pirates" films have grossed more than $1.6 billion worldwide.

A Disneyland rep tells TMZ that this was "the first" he had heard of the change, and said that there were no plans to change any of the Tom Sawyer Islands, whether in Anaheim, Calif., Orlando, Fla., or Tokyo.