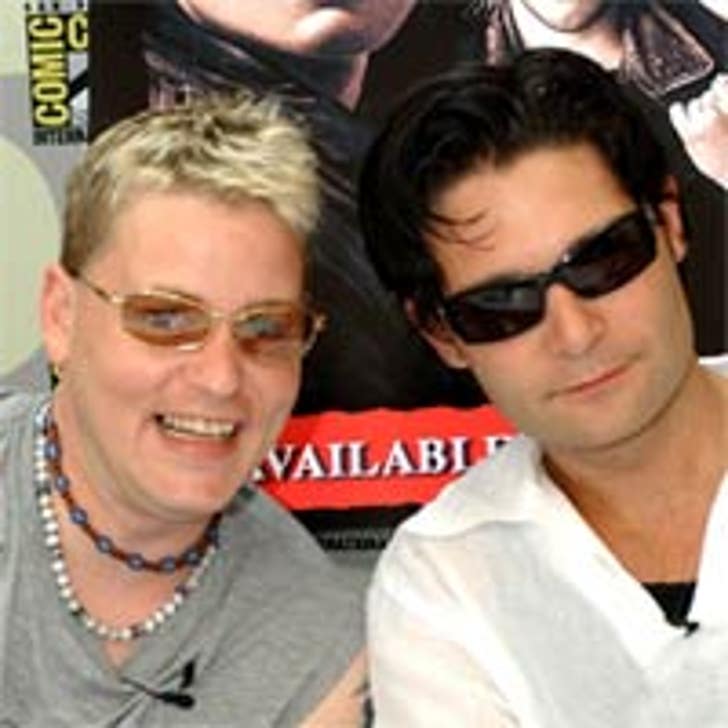 Corey Feldman is setting the record straight about his past and his new reality based comedy series.

While the duo "have seen the very highest of highs and the very lowest of lows," Feldman wants to clear up some items that he says have been falsely reported on in the press.

Feldman issued a statement saying the show will not be called "Return of the Lost Boys" and that it's just a working title for the project. Regarding reports that this is his "return to acting", the former "Surreal Life" star wants it known that he "has worked consistently as an actor in Hollywood for 32 years...The statement that he is returning to acting is simply ridiculous." We're not sure cinematic gems like "Bikini Bandits" and "My Life as a Troll" count as acting!

The 35-year-old adds that references to Haim being referred to as "broke and homeless" are false. "Haim's character on the show will be broke and homeless; Mr. Haim in his real life is in fact not." It's good to know Haim held on to all that "License to Drive" money!

While The Coreys have been no strangers to substance abuse issues, Feldman says that was "more than fifteen years ago when he was a teenager and he is now focused on career, family, and his commitment to animal and environmental rights," adding "Haim is also doing better than ever, and looks forward to beginning work on this show."

And we can't wait to see the train wreck, er, TV show either!