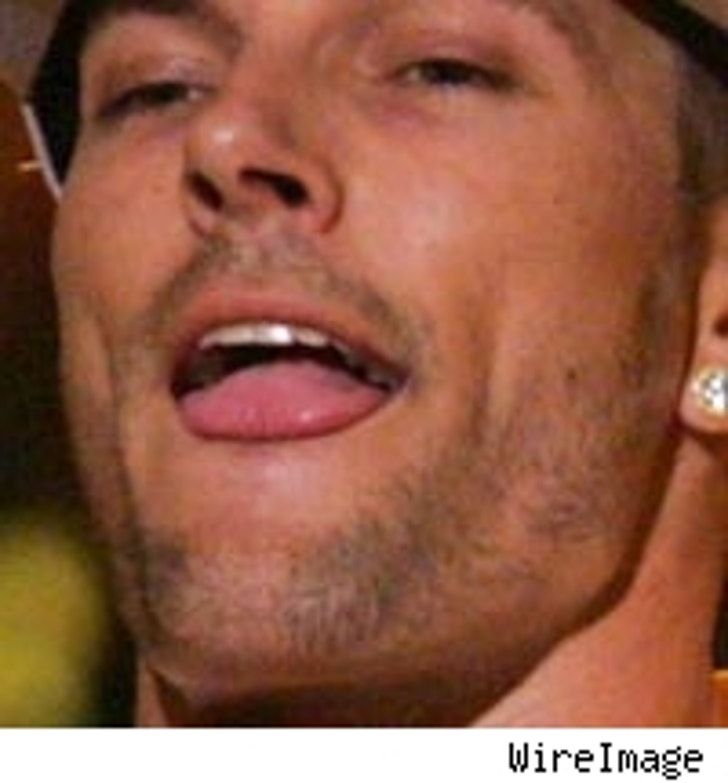 Is Kevin Federline a good luck charm? Janet Jackson and Jermaine Dupri seem to think so.

Mr. Britney Spears rolled up on the hip-hop couple during a hot night in Vegas this week, and did something he's not really known for -- K-fed made some money!

It all went down after the one-year anniversary party for TAO nightclub in Las Vegas. Kevin Federline ventured down at 3:30AM to play some craps, but there was a problem -- the high roller table he approached was packed and marked as 'reserved' for Janet and Jermaine. Unfortunately it seemed all K-Fed could do was watch. Luckily, Federline is tight with a member of Jermaine's entourage, who then invited the "PopoZao" singer to join the group.

TMZ spies tell us that as soon as K-Fed bought in for $1000, Janet picked up the dice. JD then announced to the table everyone that his woman had never played craps before and this would be her first roll. We are not sure if Janet rolled a 7 or 11, but a short time later the table erupted with cheers and everyone won money.

We're told that the fun only lasted roughly fifteen minutes, because the famous couple had to return to their private blackjack table. K-Fed was then proceeded to play all by his lonesome.