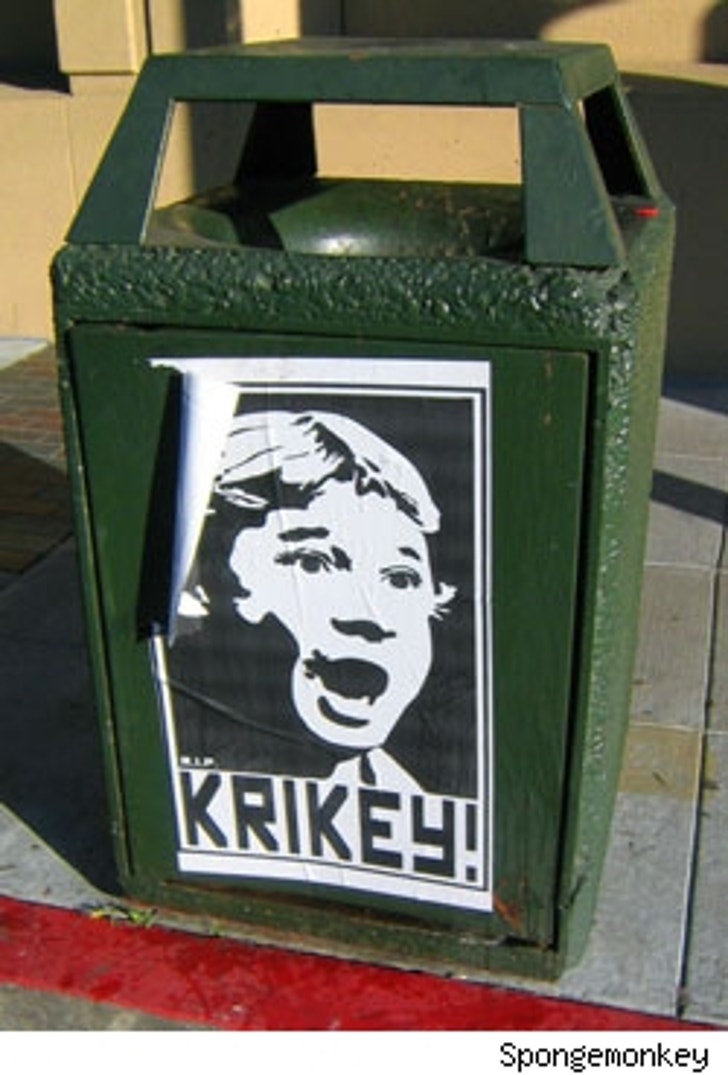 Tributes to the late Steve Irwin are still going strong.

Following in the footsteps of Andre the Giant and Hervé Villechaize (aka Tattoo from "Fantasy Island"), Steve Irwin has been immortalized in the San Francisco Bay area with Obey-style posters. Reminiscent of Communist propaganda posters, the Obey posters have appeared for years in urban areas throughout the world and are the mastermind of artist Frank Shepard Fairey.

The poster, featuring Steve Irwin's image, has the letters R.I.P. below his face and the word KRIKEY! in bold letters at the bottom of the poster.

TMZ is a proud member of the Steve Irwin Posse.