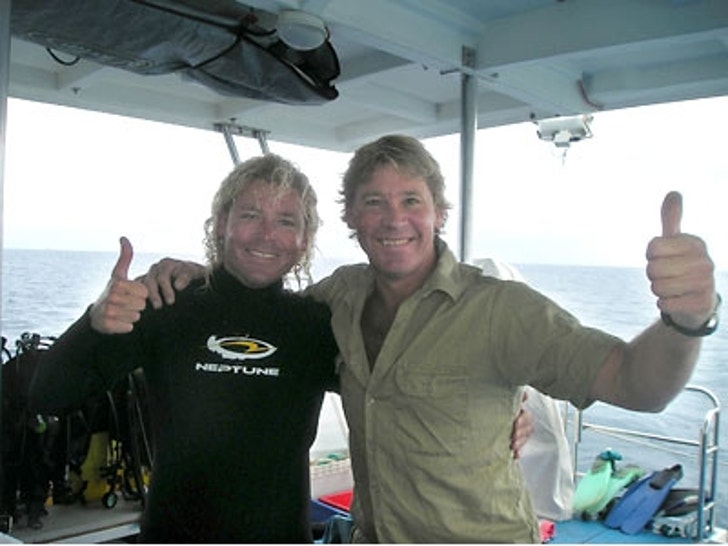 Below is the last photo taken of Steve Irwin before his tragic death last week. He is posing marine biologist Chris Jones on his boat, Croc 1, just two days before his death. 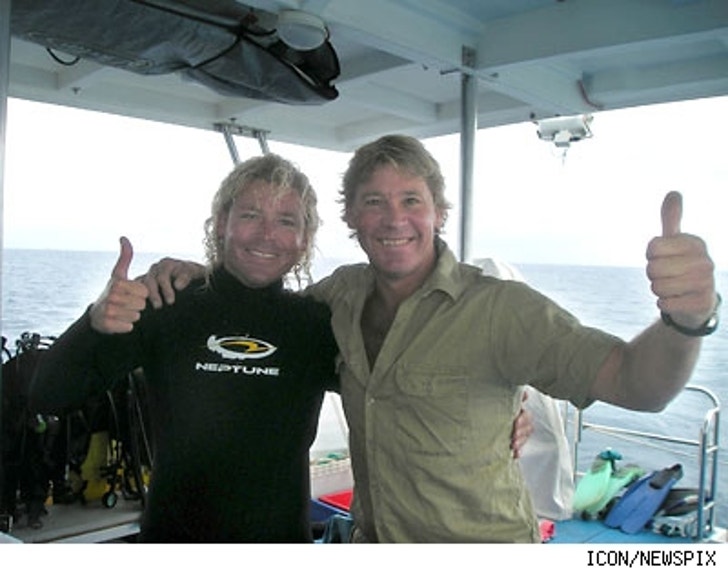 Irwin died last week after his heart was pierced by a stingray's poisonous barb while filming on Australia's Great Barrier Reef.

Family and pals held a private funeral at the zoo on Saturday and there will be a public memorial service at his 60-acre Australia Zoo wildlife park next Wednesday.