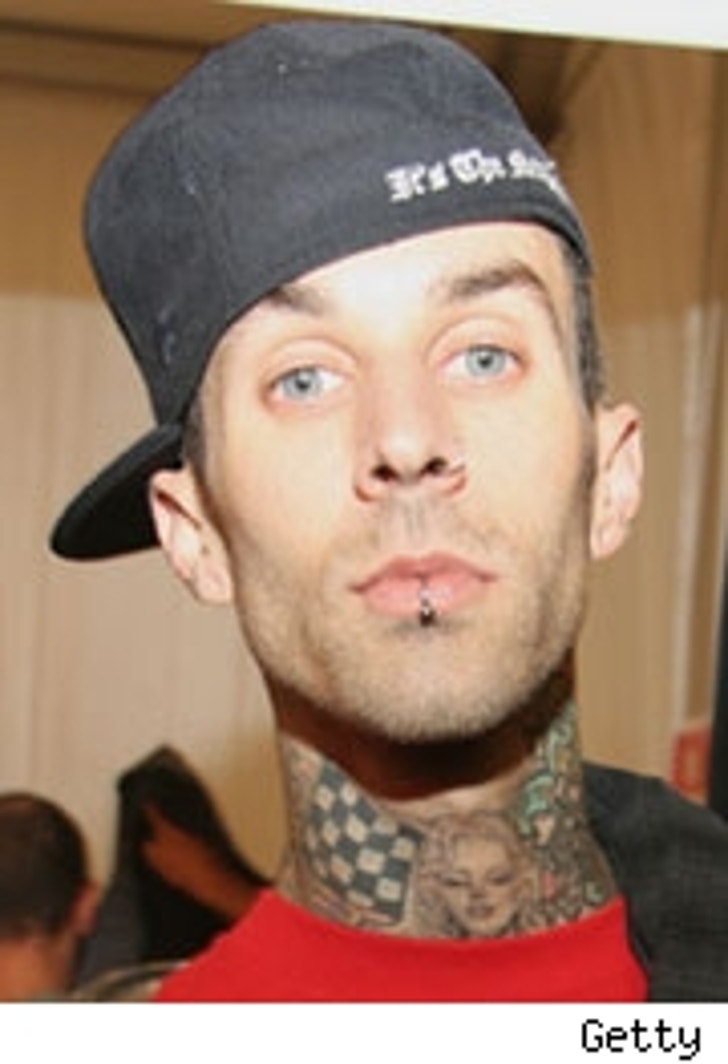 It's been a tough week for Travis Barker. First his soon-to-be ex-wife and his current, er, "friend" Paris Hilton got into a little tussle at a club. Now he's broken his arm. Damn!

According to his publicist, Travis Barker broke his arm while shooting a video for his band +44's song "When Your Heart Stops Beating." A source close to Barker tells TMZ that he actually broke his arm drumming. Wow.

Doctors have ordered the former blink-182er to lay off the heavy lifting -- and drumming -- for at least 8 weeks.

UPDATE: Travis Barker has posted the following message on his MySpace account: "I had every test possible to see what was going on in my arm. The MRI/X-Ray showed I'd been playing with a broken arm for 3 weeks and or possible tumor in my arm ... I've been told to eat meat and change my diet (I've been a vegetarian for 16 years) cause it's making my bones weak. I never thought I'd break a bone from playing my drums too hard/too long."