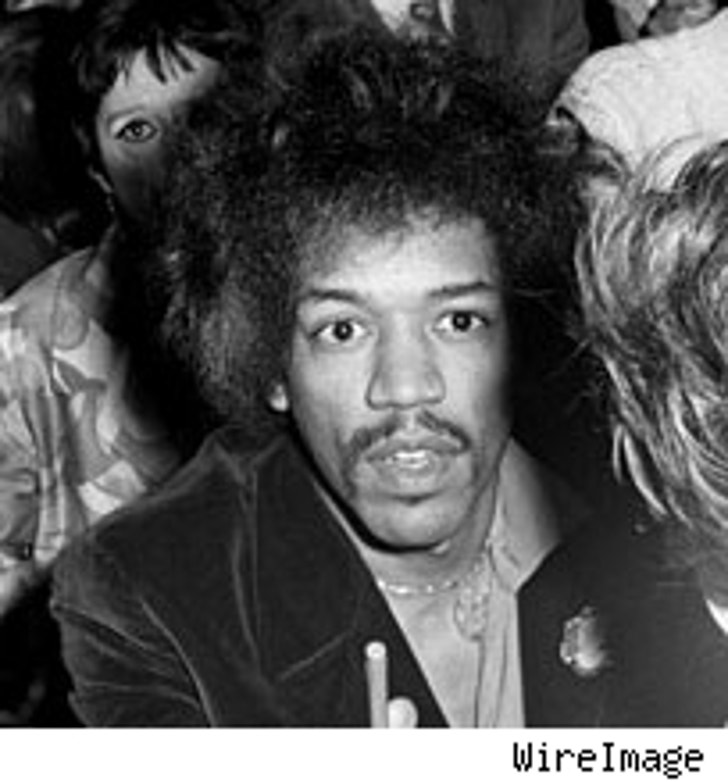 Back in August an auction company announced their intentions to sell "rights to the entire Jimi Hendrix catalog." My first thought was cool! How great would it be to own "Purple Haze" and "Hey Joe"?!?! I even posted something up on my blog about it. But, I quickly was contacted by the folks at "Experience Hendrix", the Seattle-based company founded by Jimi Hendrix's father to administer his estate and copyrights. They put a big damper on my dreams to own part of rock history [ok, so I couldn't afford it anyway].

According to a rep for Experience Hendrix, the auction winner will be left with a virtually worthless prize. Apparently, what is for sale is a "claim" to Hendrix recordings and songs on behalf of the estate of Frank Jeffery, the father of Jimi's former manager Michael Jeffery. So, you wouldn't actually be buying the songs. You'd be buying the rights to a "legal claim" asserting some interest in the songs. To make matters more complicated, or from their perspective simplified, Experience Hendrix says the legal claims have already been settled and that they are worthless. They explained in a statement that, in 1995, Al Hendrix [Jimi's father] obtained direct ownership of the Hendrix legacy after litigation in the