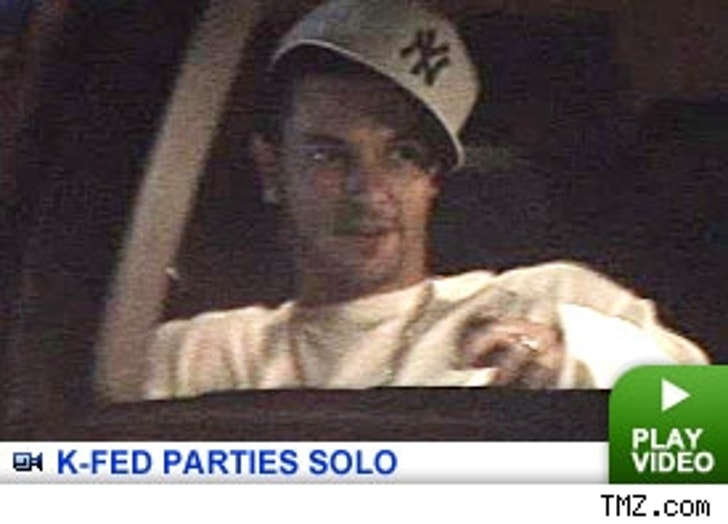 For the second time in a week, K-Fed was spotted partying with wife Britney Spears nowhere in sight.

Though Britney just gave birth to the couple's second child together, it didn't stop Federline from heading to new LA club Area with his entourage late Saturday night.

TMZ caught Kevin trying to hide from photographers as he made his exit, holding his hat in front of his face to obstruct the cameras' view.

Federline was also spotted solo last weekend in Las Vegas where he celebrated the one year anniversary of TAO restaurant and night club.