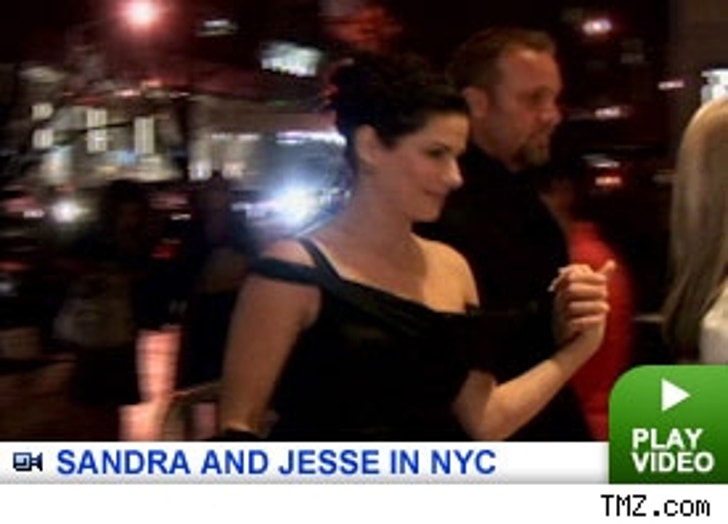 There was a lot going down last night in the Big Apple and we were all over the place to bring you another Gotham edition of Star Catcher.

We started our night outside the premiere of the flick "Infamous" where we spotted the star of the movie Sandra Bullock hand in hand with bad boy hubby Jesse James. Also on hand Josh Lucas, a stunning Naomi Watts, Parker Posey and Sandra's co-star Sigourney Weaver.

From there we hit up the east coast version of Hyde -- Butter -- where we caught up with the talented Cuba Gooding Jr., "American Idol" reject Constantine Maroulis and hip-hop mogul Damon Dash, who was still getting his grind on.

All this and much more in today's Big Apple Star Catcher.