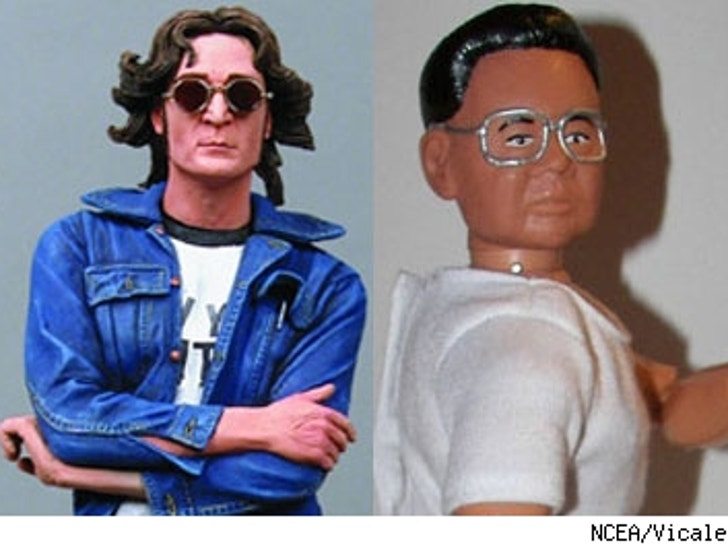 Its the age old problem of kitsch vs. cool. 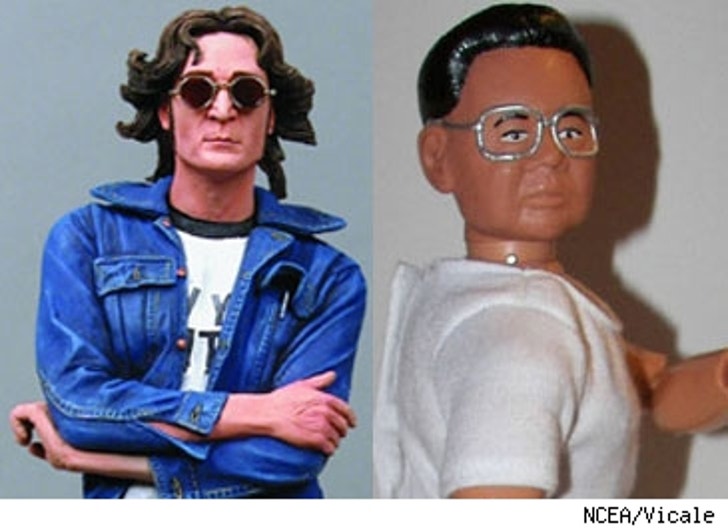 You can either be the coolest guy in town with the John Lennon talking action figure, or you can show your ironic humor with the Kim Jong-Il action figure. What's a person to do??

On one hand, the Lennon action figure from NCEA is an 18" tall figure of ultimate coolness. It features John wearing denim, dark glasses, his trademark New York T-Shirt and says "All we are saying is give peace a chance." On the other hand, Kim Jong-Il is wearing camouflage pants and has a red rocket in his hand. He doesn't talk, but who needs words when you've got the bomb?

We haven't had a decision this difficult since My Little Pony came out with a unicorn the same week G.I. Joe issued the special edition Snake Eyes action figure.