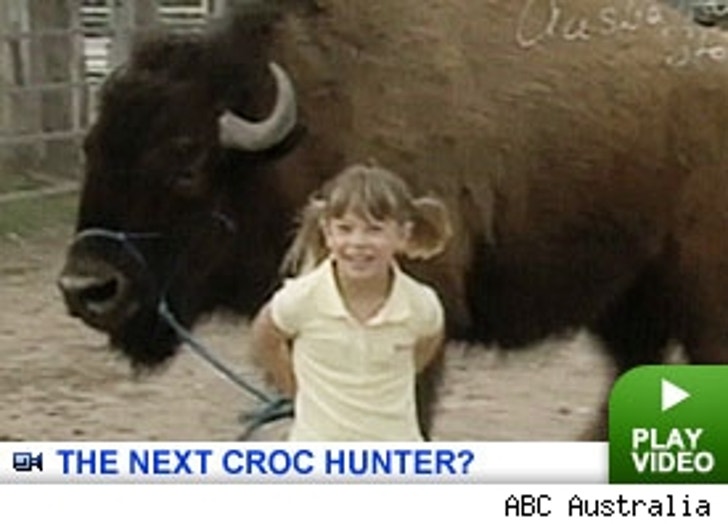 A month after her father's death, eight-year-old Bindi Irwin is already back to work, filming her own documentary.

"Bindi, The Jungle Girl," a 26-part documentary slated for a January debut on the Discovery Channel, shows the Crocodile Hunter's daughter is ready to step into her dad's shoes. Bindi appeared comfortable and composed while filming scenes with a huge bison for the program. The cutie was all smiles for an interview with the TV show "Australian Story" for her first sit-down interview since Steve Irwin was killed by a stingray in September.

Since her father's death, Bindi has remained a positive fixture in the spotlight. She delivered a moving reading to her late father at his memorial service and just last week presenting an award on his behalf at the Australian Kids' Choice Awards.

Though it may seem like too much too soon, family friend and producer John Stainton tells the TV program, "She is very used to having a crew around ... they are most professional family I've ever worked with. Little Bindi, she is just a chip off the old block."

Bindi is also reportedly set to star in a fitness DVD which boasts her singing and dancing debut.