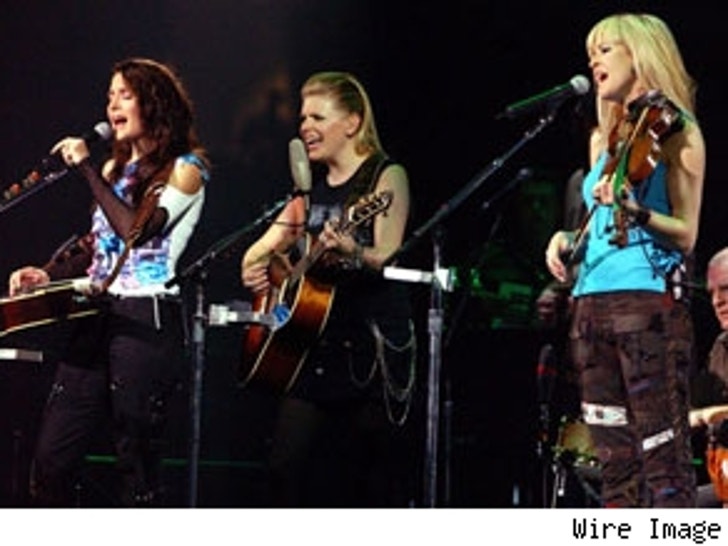 Last night, I caught a look at two-time Oscar winning documentarian Barbara Kopple's amazing new film, "Shut Up and Sing," about the obnoxious obloquy that followed the Dixie Chicks now infamous remarks about President Bush in the run-up to "Gulf War 2: Insurgent Bugaloo." 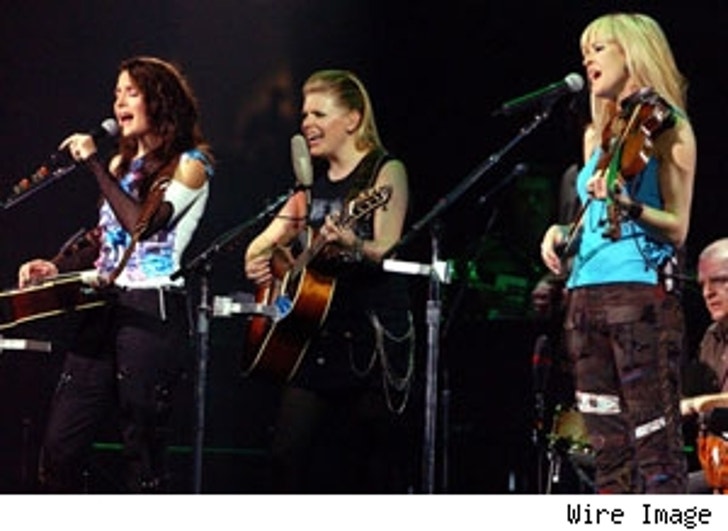 Back in 2003, the Chicks' lead singer Natalie Maines uttered only 15 words at a London concert: "Just so you know, we're ashamed the President of the United States is from Texas." -- but they got the Chicks far more than 15 minutes of fame.

You would think the largest selling female act of the last eight years could be forgiven a lot, perhaps even such a trifecta of etiquette breaches: The airing of soiled domestic laundry on foreign soil; the declaring of war on the commander-in-chief with the nation on the verge of war, and most egregiously, making political statements guaranteed to alienate the Chicks' conservative fan base.

"For the 'crime' of prematurely voicing a sentiment that is now close to universal in the US - with more than two-thirds of Americans expressing disapproval of Bush - the Dixie Chicks were hit with a full-frontal assault by right-wing media. Talk radio and television labeled them the Ditzy Chicks and their popular songs suddenly were yanked from country-music playlists. Boycotts were announced."

That third "sin" -- angering the group's conservative fan base -- may seem self-inflicted, but in point of fact, it largely wasn't.

Sure, no one held a gun to Maines' head to make her say what she said. But the disproportionate influence of right wing pressure groups on radio stations to dump the Chicks wasn't the result of a massive groundswell of righteous anger from the heartland's populace. The fix was in long before the Chicks were even popular.

Kopple addresses the sheer heft of radio station conglomerates only glancingly in her new film, with Sen. John McCain seen haranguing a disingenuous a radio mogul in a Senate hearing. What got the senator from Arizona so riled up was the fact some 200 radio stations, all owned by the same mega-company, all suddenly got the same idea - simultaneously - to ban the Chicks from the airwaves. Curious, indeed.

As such, it's worth noting how we, and the Chicks, got into such a Wag-the-Dog kind of mess in radio.

Ten years ago, in 1996, the most sweeping reform of communications law in over half a century occurred. Deceptively called the Telecommunications Act, it in fact loosened all sorts of restrictions on media ownership, including the ownership of radio stations, which became totally "all you can eat."

At the time, when the Chicks were still playing the produce section of supermarket openings, communications scholar Robert McChesney called the bill "the worst of both worlds: More concentrated ownership over communications with less possibility for regulation in the public interest."

In other words, with so few owners controlling so much radio, a handful of radio executives could determine what was acceptable to play, seriously undermining free speech.

Or as McCain himself put it in 1999, "The Telecommunications Reforms Act of 1996 is a lemon and it's not hard to understand why. When the bill was written, special interests had a seat at the table, but consumers, in whose name the bill was advanced, did not."

The result? When artists exercise freedom of speech, even off the airwaves, a handful of fat media slobs can cut their First Amendment workout extremely short.

My recommendation: Run, don't walk, to "Shut Up and Sing" when it opens on October 27th.

It would seem there are 2,771 reasons to see it, and counting.