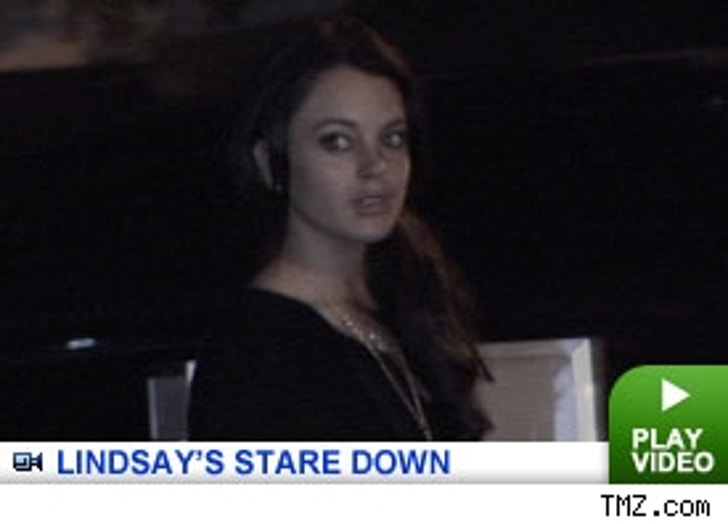 TMZ was outside the newly-opened club Area in Hollywood and we noticed a lot of the same faces that we used to see at LA hotspot Hyde. Is Hyde on the outs?

We spotted Miss Lohan, who was taking a break from her usual scene at Hyde, as she made a movie premiere-like entrance into the club. The red-headed party girl, who is usually in a big hurry and dodging cameras, looked to us this time like she was on a runway. Also on hand the Hilton sisters, former "Baywatch" beauty Pamela Anderson, Michelle Trachtenberg, hip-hop legend Busta Rhymes and Cuba Gooding Jr. who was quite the comedian as he joked with the paparazzi.

We also stopped by "The Nightmare Before Christmas 3D" premiere where we ran into a pretty strange group of guys. Director Tim Burton, hard core rocker Marilyn Manson and Pee Wee himself Paul Reubens were all in attendance.