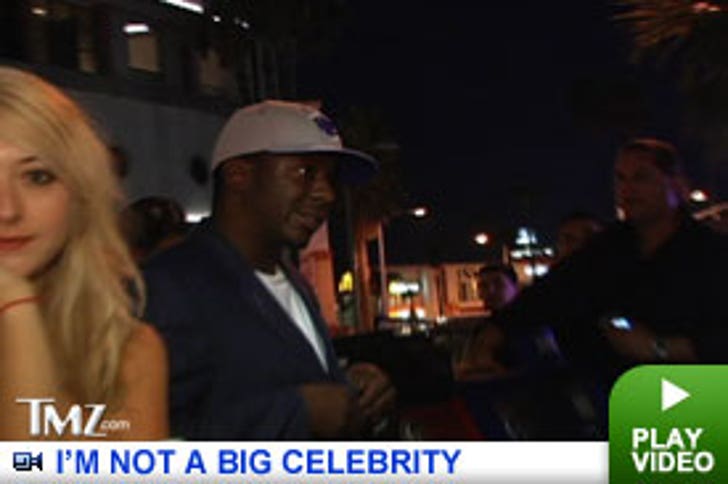 Bobby Brown was red flagged last night while trying to enter exclusive Hollywood hotspot Hyde. The doorman completely ignored Brown as Paris Hilton made her always easy, worry-free entrance right in front of him. Bobby had some fans that were just as confused as him saying "You're Bobby Brown, don't they know who you are??" Bobby answers, "I'm not a big celebrity or they would have let me in."

We're not sure why Brown was denied entrance, but it could be one of a couple reasons. Maybe it's because he is now firmly planted on the D-list (and his impending divorce from Whitney Houston doesn't help) or maybe it's the fact that there's a warrant out for his arrest.

The warrant was issued by a Massachusetts judge Monday for failing failed to appear at a court hearing. Kim Ward, his other baby's mama, claims Brown owes her $11,000 in back child support payments. But don't expect a major takedown on Sunset Blvd.; cops can't pick Brown up in California, the warrant's only valid in Massachusetts.