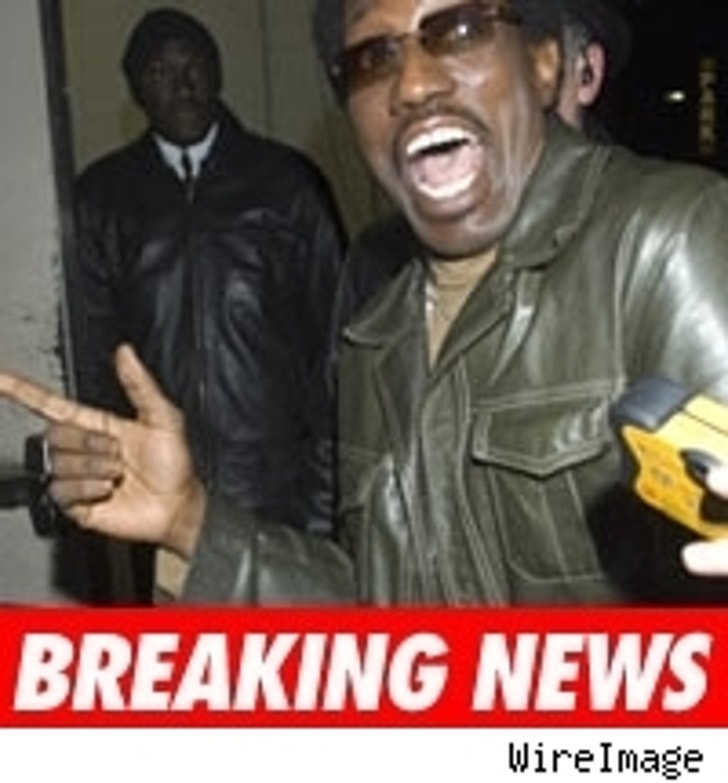 Wesley Snipes is officially a fugitive of justice. According to the US Attorney's office, a warrant was issued last week after the feds filed charges that the actor defrauded the Internal Revenue Service of millions of dollars.

The "White Men Can't Jump" star is accused of failing to pay nearly $12 million in taxes. Officials allege that Snipes fraudulently claimed refunds in 1996 and 1997, and then failed to file returns between 1999 and 2006.

According to the eight count indictment obtained by TMZ, Snipes and two other defendants, Eddie Ray Kahn and Douglas Rosile, are accused of attempting "through deceit, craft, trickery, and dishonest means to make it appear as if Snipes had no liability for federal income taxes, when in fact defendant Snipes had such liability." Each count carries a maximum prison sentence of five years.

The indictment claims Kahn ran an enterprise promoting fraudulent tax schemes. Rosile was a CPA who allegedly prepared fraudulent tax returns for Kahn's business. According to the charges, Snipes used the services of Kahn and Rosile to defraud the IRS.

The indictment alleges the three men conspired to create a bogus legal argument so Snipes would be exempt from federal income taxes. The feds say in 1997 alone, Snipes fraudulently filed for a refund totalling $7,360,755.00.

As for the whereabouts of the three men, we're told Snipes may be on the lam. Officials say Kahn may have fled to Panama. Rosile has already turned himself in to authorities.