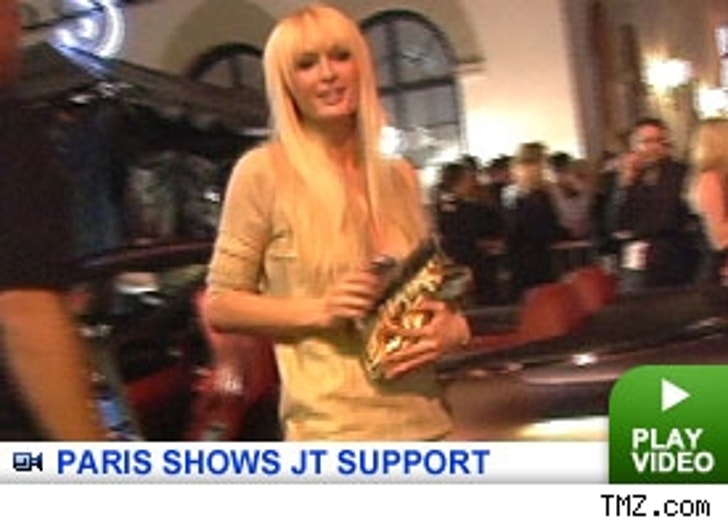 TMZ's Josh Levine and our cameras were all over the place on Wednesday night stopping by all of LA's hotspots.

We started the night out at new hotspot Boulevard3 where JT brought sexy back by unveiling the Spring 2007 line for his label William Rast. Celebs like Paris Hilton, MTV personality Nick Cannon, Diddy's former butler Farnsworth Bentley, hip-hop hottie Eve, "That '70s Show" star Wilmer Valderrama, JC Chasez and the star of "House of Carters" Nick Carter were all there to support the former *NSYNCer's fashion endeavors.

At the end of the night we thought we would stop by one of our favorite spots Hyde and were able to catch a few stars on their way out. We spotted Nick Cannon (again) leaving with new gal pal Kim Kardashian and Donald Faison with assistant turned celebutante CaCee Cobb.

All this and much more in this celeb-packed Star Catcher.