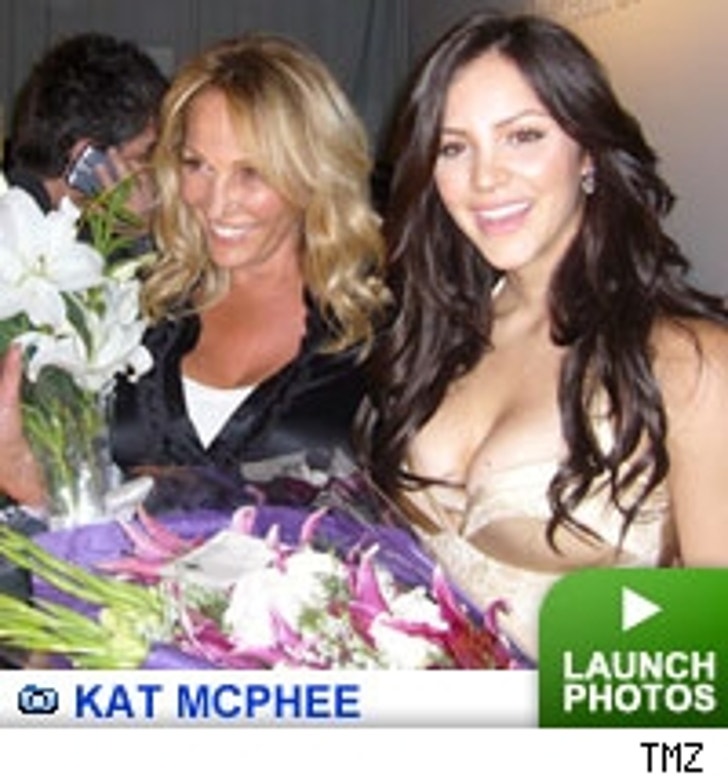 McPhee dazzled the crowd as she pranced down the catwalk with Bar-El at her side, while her rendition of "Somewhere Over the Rainbow" played in the background during the finale of the show.

The McPheever was in top form after a tumultuous summer which saw the songbird fracture her foot, suffer from bouts of bronchitis and laryngitis and reveal she was once bulimic.

McPhee and Bar-El have been friends ever since the designer created gowns for the budding popstar during "American Idol."

When not channeling her inner supermodel, Katharine has been busy recording her debut album which is due out in November 28.