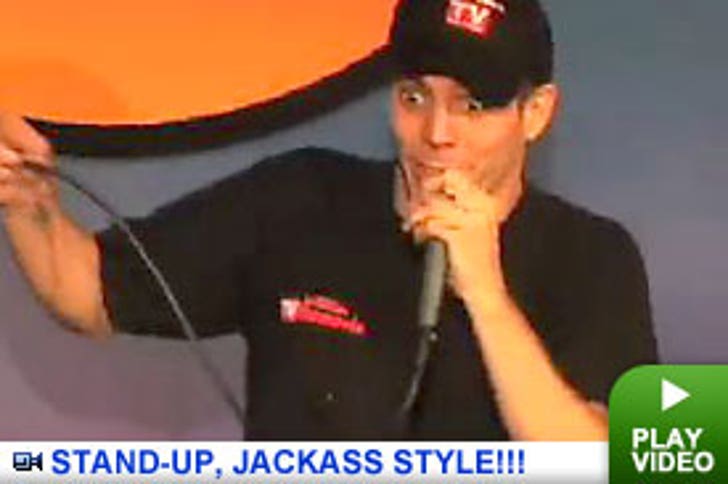 TMZ fav Steve-O is capable of making us laugh in a multitude of ways -- and yes, most of them involve bodily harm. But now Steve-O is taking a crack at a safer form of comedy: stand-up.

"I just had a really big movie come out, and I'm trying to think, 'What do I next?'" Steve-O told the crowd at the Laugh Factory in Hollywood last Friday, where is he is known to take the stage from time to time. "I feel like I'm scrambling for any kind of career other than breaking bones and shoving s**t up my a**."

In his act, he talks about the rap song he recorded with Psychic Realm, which TMZ posted and allowed users to vote on -- 98% of readers thought the song was "dope." But apparently those results could be tainted: "I got all my MySpace friends, I'm like, 'Vote for me! Vote me dope!'"

Steve-O even reads off various comments TMZ readers wrote about him, including, "Steve-O should stick to stapling his balls to his leg."

Seems like he may have a career beyond that now.