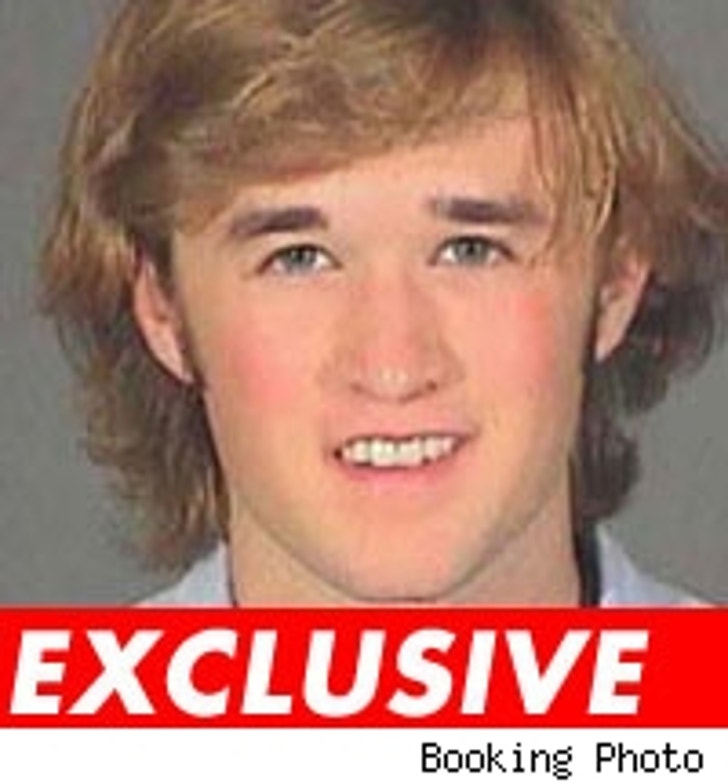 TMZ has learned that actor Haley Joel Osment has pled no contest to two misdemeanor charges stemming from a horrifying late car crash in July. According to the Los Angeles County District Attorney's Office, Osment plead no contest to one count of driving under the influence of alcohol and one count of possession of marijuana.

Osment was sentenced to three years probation, 60 hours of alcohol rehab, six months of AA meetings (with a minimum of 26 meetings within that span of time) and was fined $1500 in penalties.

Osment, who was nominated for an Oscar for his role in "The Sixth Sense" at age 11, lost control of his 1995 Saturn on his way home and collided with a brick pillar in a suburb of Los Angeles around 1 a.m. on July 20. No bystanders were injured in the wreck, but Osment wasn't so lucky: the actor was rushed to a nearby hospital where he was treated for a broken rib and an injury to his shoulder.

The collision caused the vehicle to flip over onto its roof and come to rest a short distance from the initial impact. The actor was reportedly alert and talkative following the accident, and was alone at the time of the crash.