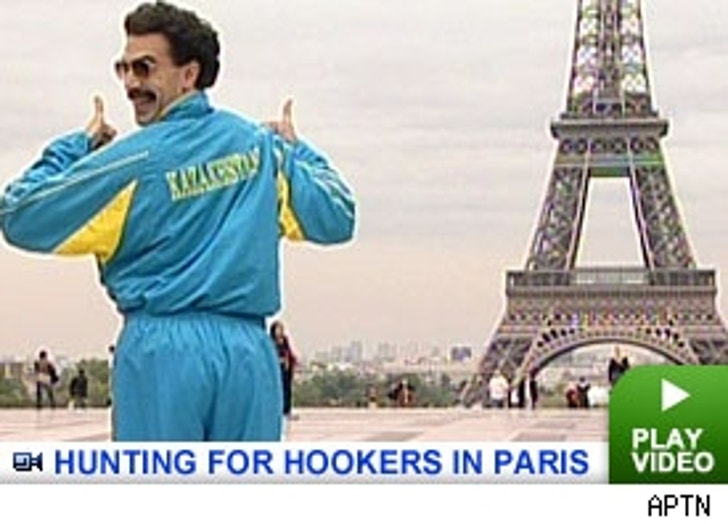 Ever since Borat first began telling the world about his beautiful home country of Kazakhstan (a urine-drinking, jew-hating, inbred society), officials from the Kazakh tourism department have been pulling their hair out in frustration. They've already managed to shut down Borat's website, convinced most Kazakh movie theaters to ban the upcoming film and spent a ton of money in a desperate image-saving publicity campaign.

Now, after skewering the bumbling reporter in the media, the good folks from Kazakhstan are inviting Borat, aka Sacha Baron Cohen, to visit the country as an invited guest. Deputy foreign minister Rakhat Aliyev told a local Kazakhstan news agency that Borat could learn that "women drive cars, wine is made of grapes and jews are free to go to synagogues." While he doesn't agree with Borat's criticism of Kazakhstan, he believes that his fellow countrymen, "must have a sense of humor and respect the creative freedom of others."

This all sounds good, but maybe Borat should invest in a few large bodyguards before his official visit. Just in case.