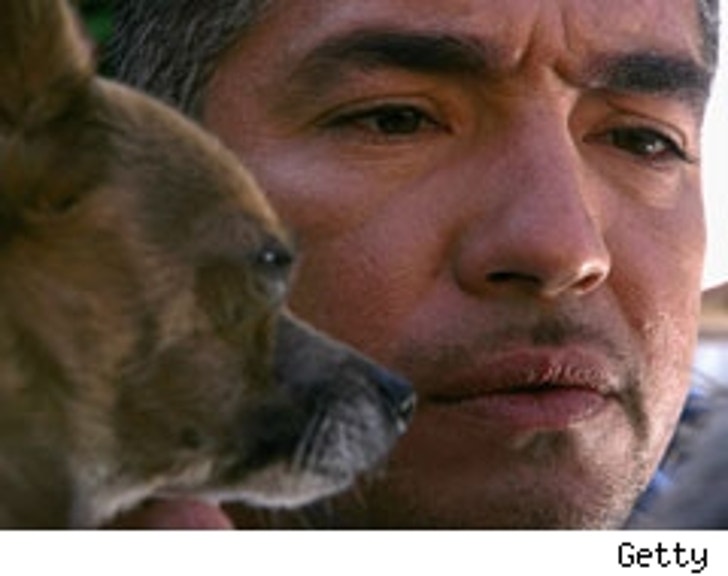 World-renowned dog trainer Cesar Millan is taking some serious heat for methods used on his hit show "Dog Whisperer." The American Humane Association recently deemed some of Millan's techniques "inhumane, outdated and improper." Now, as the show gets ready to launch its third season, TMZ has learned that the widely respected organization tried to get the show pulled from the air.

The group claims they were forced to take action after witnessing "numerous inhumane training techniques" on the show, including one instance where they claim a dog was partially asphyxiated after it was pinned to the ground by its neck. "We wanted National Geographic to pull the show" Bill Torgerson, Vice President of Animal Protection Services for American Humane Association, tells TMZ.

But the National Geographic Channel stands behind their star, claming that owners of several of the allegedly "abused" animals contacted them and praised Cesar for his work. When contacted by TMZ, the channel pointed out that the show has received a seal of approval from multiple respected professionals and animal organizations.

TMZ has learned that as a result of the AHA's concern, the show will now feature a cautionary statement to remind viewers "There are many methods of dog training and owners should work with professionals to choose the right approach for them."

Torgerson tells TMZ that they are still working closely with the network on "eliminating the broadcasting of certain techniques" but they've stopped their push to pull the show entirely.