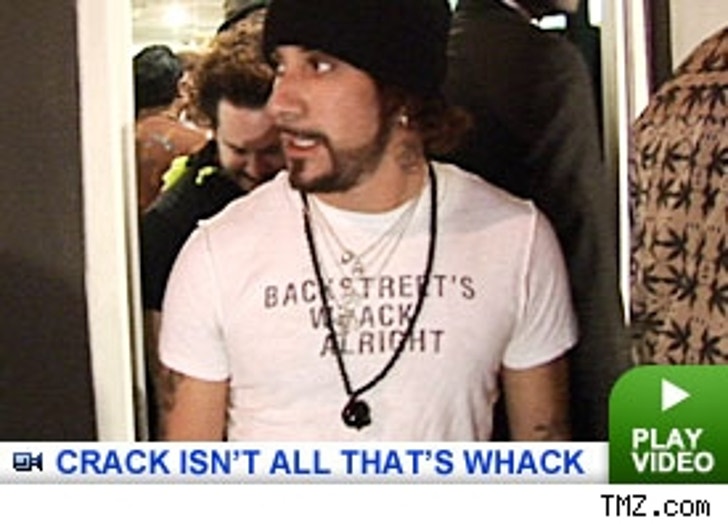 Oh my God, he's back again.

Backstreet Boy AJ McLean was spotted at the Ed Hardy "Godfather of Fashion" party last night sporting an interesting phrase on his t-shirt -- "Backstreet's Whack Alright." The phrase, of course, is a play on words from the band's hit song "Everybody (Backstreet's Back)".

The shirt, produced by Abercrombie & Fitch late last year, has the false company Rock Bottom Records emblazoned on the back. Yeah, that sounds about right for the now dormant band AJ, Nick, Kevin, Brian and Howie once enjoyed huge success with.

With the reality show "House of Carters" focusing on Nick's life and the band's website working on a re-vamp, it looks like the Boys are ready to come out of obscurity and be "Larger Than Life" once again.