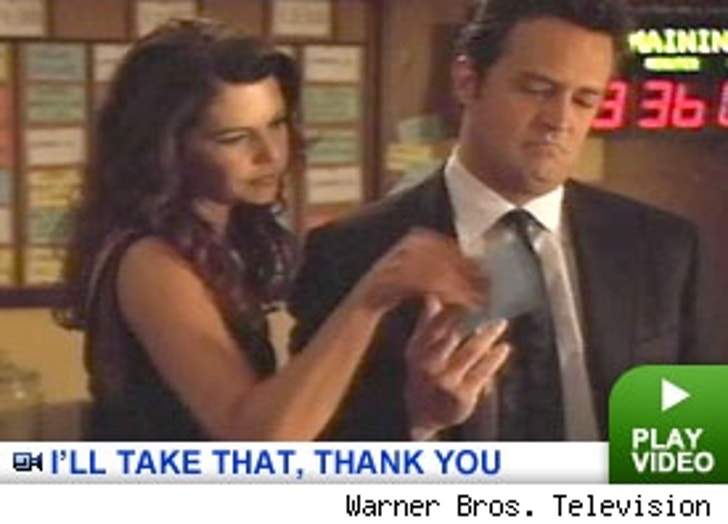 If you've ever wanted to imagine yourself on the receiving end of a pickup attempt from Matthew Perry, tonight's episode of "Studio 60 on the Sunset Strip" is your chance.

Providing you're mildly delusional, just imagine that you are guest star Lauren Graham -- a real-life friend of Perry's -- as his character attempts to score a date with Graham, playing herself on the show. One thing of note here -- notice the persistence. He never loses confidence when it appears he is about to be rejected. Also notice how tall Lauren Graham is -- she's nearly eye-to-eye with Perry and he's over six feet all.

As for the rest of tonight's episode (10PM ET/PT on NBC), we're particularly looking forward to seeing a drunken Jordan (played by Amanda Peet) trying to make friends with the cast during an after-show party.