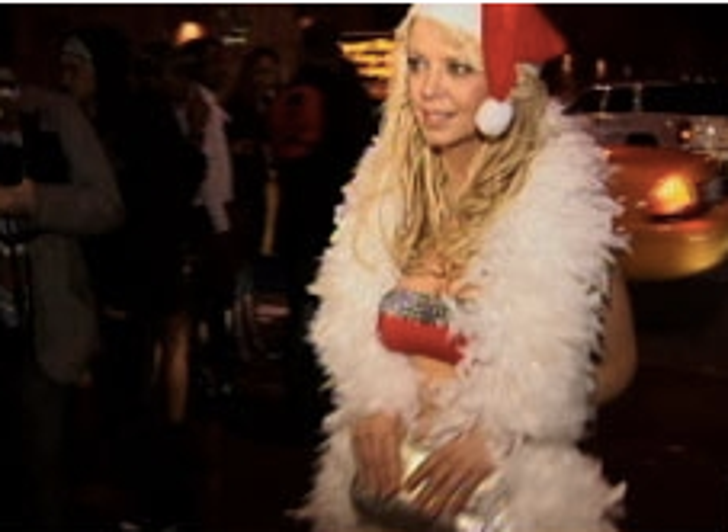 Tara Reid's renovated physique had its first major unveiling in New York last night, as the erstwhile starlet (and current plastic surgery victim-confessor) strutted around the clubs of west Chelsea in an outfit that could best described as Very Bad Santa.

The revamped Ms. Reid alighted from her SUV-sleigh on the arms of a Man in Black/Reservoir Dog-esque figure and another gent in full priestly garb. Emerging from the center of last night's Halloween universe Marquee, the trio traipsed down 27th Street to make their way (eventually) into another hotspot.

Those structural problems Tara's been talking about (mismatched breasts, troublesome tummy tuck) on just about any show that will listen seem to be at least partially rectified, as she was able to navigate the city streets teetering on some rather precarious-looking heels.