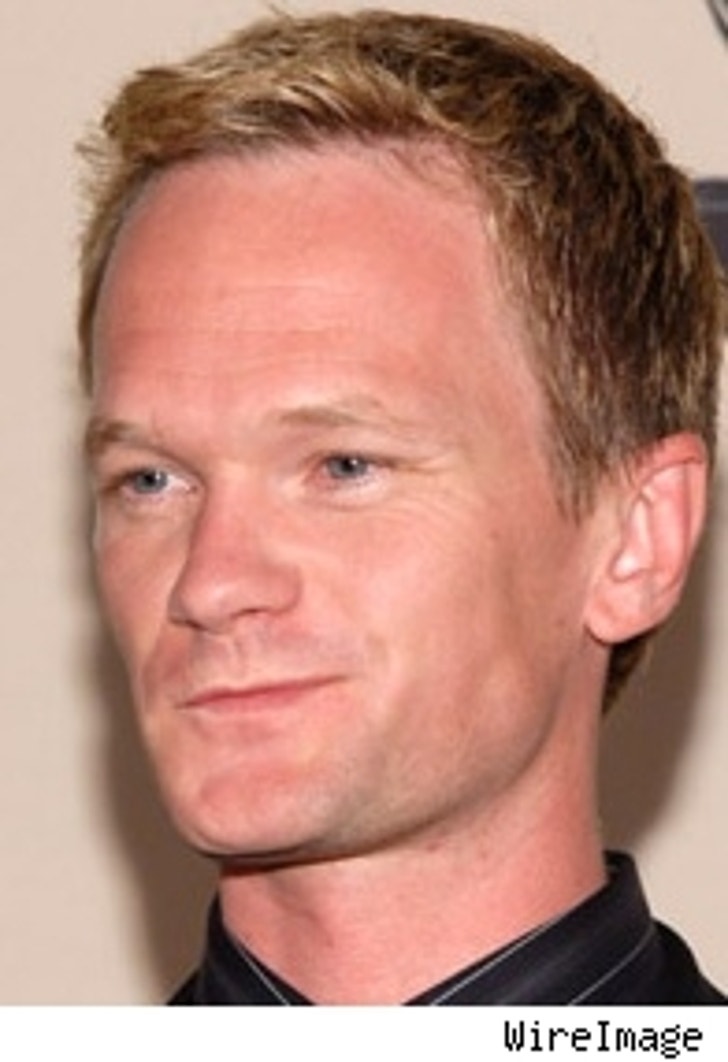 Confronting rumors that have been swirling for weeks, Neil Patrick Harris -- aka Doogie Howser, MD -- says he's gay, in an interview with People magazine. Rumors about Harris' sexuality have been circulating with some frequency (and especially stridently on PerezHilton.com), and he -- like 'N' Sync-er Lance Bass -- thought it was time to address them.

"Rather than ignore those who choose to publish their opinions without actually talking to me, I am happy to dispel any rumors or misconceptions and am quite proud to say that I am a very content gay man living my life to the fullest," he says. Harris has kept a relatively low profile over the years. "The public eye has always been kind to me, and until recently I have been able to live a pretty normal life," he admits. "Now it seems there is ... interest in my private life and relationships."

In his first interview since he and estranged wife Heather Mills announced their intention to divorce in May, Paul McCartney says he hopes a "certain dignity" will be maintained throughout the divorce. "I don't hold grudges against anyone. I don't blame anyone for the sadnesses that have happened to me," he tells BBC radio. "Even through difficult moments, I like to try and look to the other side and think there'll come a time when I'll feel better." The former Beatles' lawyer said last month that the musician was ready to defend himself in court against recent accusations that he abused Mills.

Russell Crowe thinks Americans are overreacting to his phone-throwing tantrum at a New York hotel last year. He calls the assault charge stemming from the incident a misuse of the legal system, according to People. "Where I come from, a confrontation like that, as basic and simple as that, would have been satisfied with a handshake and an apology," he says. He says he regrets the incident and blames it on his notoriously bad temper, which he tells "60 Minutes" on Sunday is a hereditary thing -- and not necessarily a bad thing, because, according to Crowe, it'll catch up with you one day on the street, "and you'll pop."

Sean "Diddy" Combs wants to be the first black James Bond. During the MTV Europe Awards (where he's pictured, left, with current Bond Daniel Craig), the rapper proclaimed that "one day the time will come for a black Bond, and hopefully I can audition for it. It's a dream of mine to play a great role like that."... Former first daughter Chelsea Clinton has accepted a job with New York-based hedge fund Avenue Capitol Group ... Britain's Duchess of York, Sarah Ferguson, launched her first jewelry collection featuring Moissanite rings, necklaces and earrings. A portion of the money will be donated to her foundation, which benefits poor chilcren around the world.