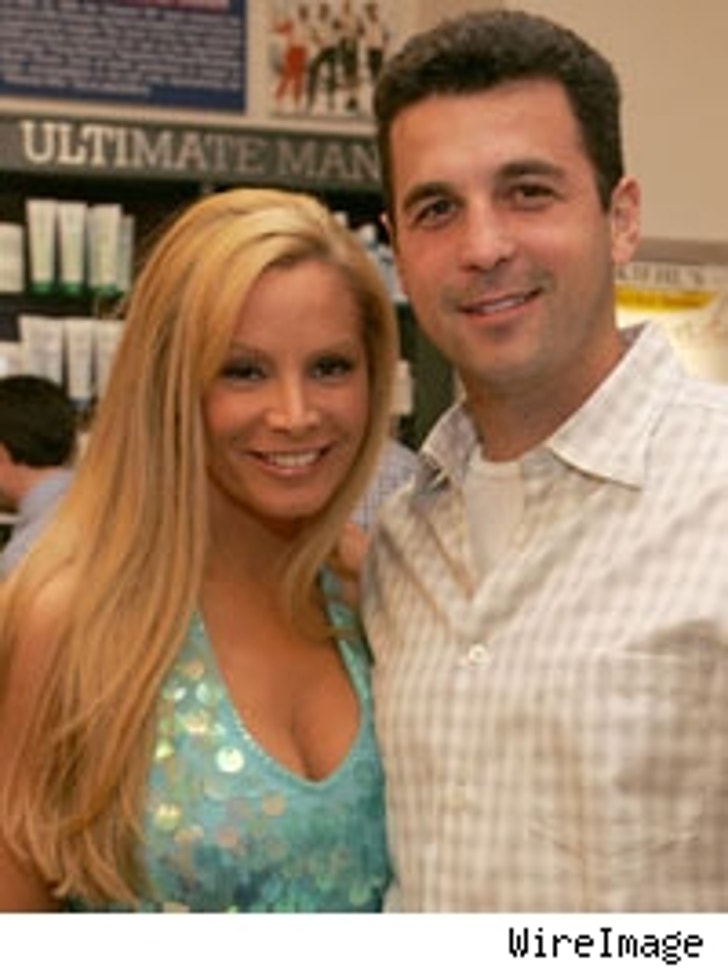 Starkman, on a recent solo shopping spree at trendy L.A. boutique Sugar, picked out $4000 worth of dresses for his wife. A TMZ spy, who happened to be at the store, tells us that Starkman was tweaked about having to leave a credit card number for his purchases. Yeah, we hate when that happens.

Leaving in a huff with Cindy's new frocks, Starkman drove off in his shiny black Bentley.

Cindy has her Internet and Playboy fortune, while Starkman has his own pile of wealth as the pastrami-peddling heir to the Jerry's Deli chain, as well as owning several nightclubs.

Cindy and Guy's reps tell TMZ that Guy loves to shop for his wife and picked out clothes for Margolis because, believe it or not, she hates to shop. He purchased $4000 worth of dresses. Cindy tried on half of the outfits and returned the rest. Guy was not miffed or upset. He's a successful businessman and has no reason to be.