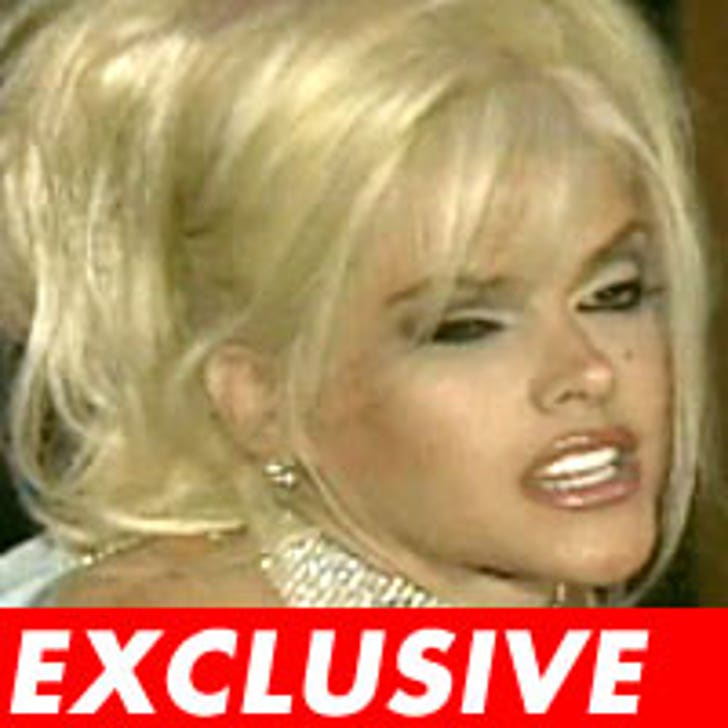 Anna Nicole Smith tried to persuade a sterile man to put his name on her newborn baby's birth certificate, according to a sworn affidavit.

Unimpeachable sources tell TMZ that Ben Thompson, a real estate mogul who briefly had an affair with Anna Nicole last year, signed an affidavit in the brewing paternity conflict over Dannielynn Hope Marshall Stern. We're told in the document, Thompson swears that during her pregnancy Anna Nicole tried to convince him that he was the daddy. That's when Thompson informed her it was impossible because he had a vasectomy.

We're told according to the document, Smith then fessed up and told Thompson that Larry Birkhead, her ex-boyfriend who is currently fighting Smith to establish his paternity, was indeed the father. Sources say in the affidavit, Thompson claims Smith told him that Birkhead got her pregnant and repeated that statement several times thereafter.

Thompson's statement is the second sworn affidavit claiming that Smith copped to Birkhead as the father. As TMZ first reported, Laurie Payne, once a close friend of Smith's, also claims that the former Playboy Playmate told her that Birkhead was the daddy.

We're told in Thompson's affidavit, he claims he was in the Bahamas shortly after Dannielynn's birth. Thompson says that Anna Nicole asked him repeatedly if he would put his name on the birth certificate as the father, even though Smith knew he wasn't. Thompson says he refused to cooperate, and Smith subsequently had her lawyer, Howard K. Stern, sign as the father.