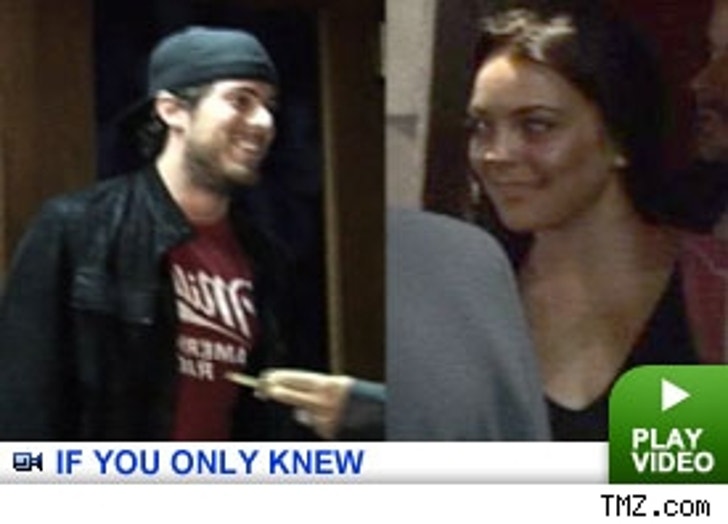 Lindsay Lohan and Harry Morton were all smiles in front of Hyde nightclub last night, but TMZ has learned that inside the building, the former couple exploded into a heated screaming match.

Moments after the two exchanged a few choice words in front of packed house, they proceeded to act as if the whole thing never happened. Harry could be seen laughing and joking with friends outside the club, while Lindsay flashed a giddy smile as she escorted a friend inside.

This is just the latest in a string of problems for Lohan. Early yesterday morning, Lindsay crashed her black Mercedes while leaving (where else) Hyde nightclub. A few days before that, Lindsay almost had another wreck when she was forced to slam on her brakes before nearly running a red light.