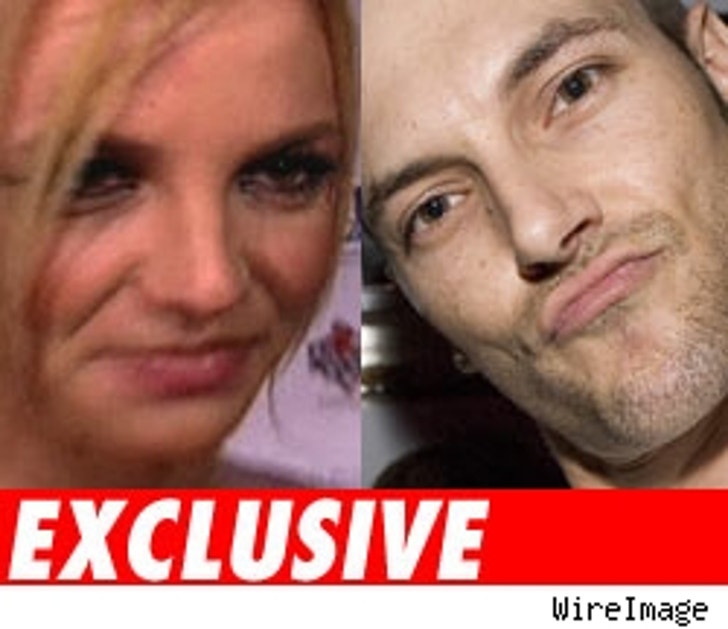 TMZ has learned Kevin Federline was speaking to his lawyer about divorcing Britney Spears more than a month before she filed legal papers to end the marriage.

Sources say Federline was communicating with attorney Mark Vincent Kaplan, talking about divorcing Spears and angling to cash in on her fortune. Federline's right to money is extremely limited because of the prenup. TMZ knows the terms of the prenup, and they are not good news for K-Fed. We're told the only thing he'll get is less than 20% of the value of the couple's Malibu estate, valued at approximately $10 million, and spousal support for one year. We're told the support he'll get is less than $250,000.

As for reports that Britney e-mailed her hubby to inform him that she was about to file divorce papers, it simply is not true. Sources tell us that the couple has not been speaking for weeks, but e-mailing each other. She did not, however, talk about divorce in those e-mails. K-Fed learned of the divorce at the time TMZ broke the story that Spears had filed.

Sources say that at least for now, Spears will not comment on K-Fed's plan to fight her for custody of their two children. We know, however, that Spears sees K-Fed's move as nothing more than an attempt to score some money. He's banking on Spears forking over dough to avoid a fight; an unlikely outcome -- given the fact that she's represented by legal pit bull Laura Wasser. Also, if K-Fed got custody, he'd be entitled to a significant amount in child support.