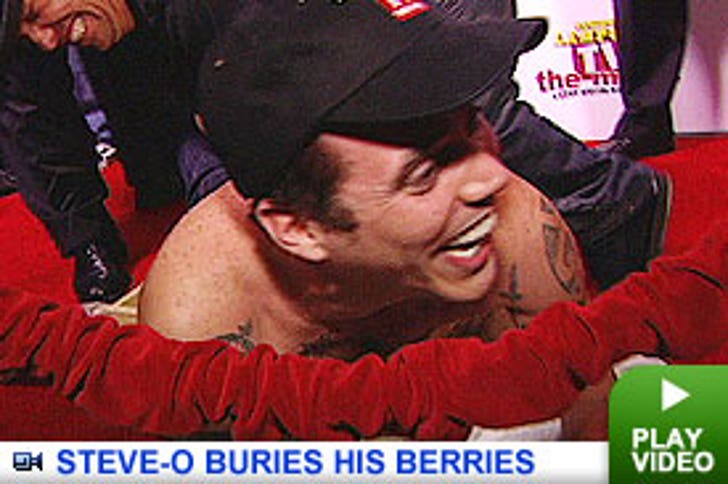 We're not screwing around; Steve-O had his, er, self immortalized in concrete last night.

TMZ's favorite train wreck, second only to Tara Reid, depantsed on the red carpet for the premiere of "TV: The Movie," and proceeded to dunk his junk into a slab of wet cement ... making some sort of twisted "Jackass" version of the handprints at the famous Mann's Chinese Theater in Hollywood.

After he squirreled it away in concrete, Steve-O proudly exclaimed, "That looks like I'm huge!" Whatever you say Steve, but it looks like there's a lot less twig than berries, if you know what we mean, and we think you do.