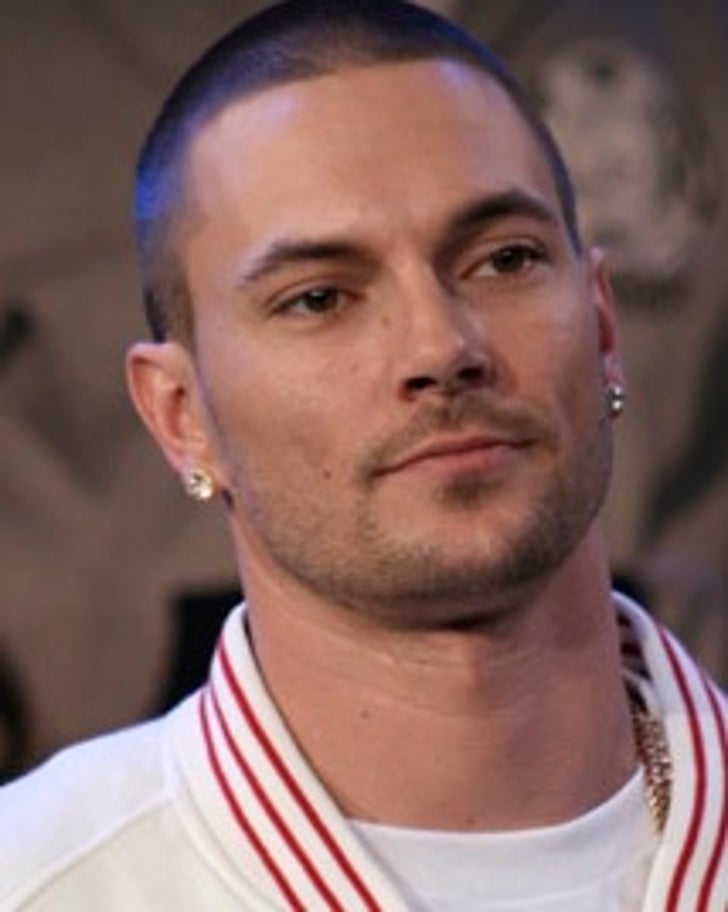 Kevin Federline is apparently already worried about life after Britney, at least money-wise. The soon-to-be cash-strapped rapper was seen buying some briefs at a Wal-Mart in Maryland, and according to one report was staying at a "cheap" motel near Washington, D.C., where he's making appearances on behalf of his album. According to pictures taken by Splash News the FedEx was spotted by a lensman shopping at Wal-Mart.

Meanwhile, the aspiring rapper's last weekend in New York may have been preparation for the single life. Page Six reports that Federline hung out at hotspot Marquee all night, after being nixed from P. Diddy's birthday party, and sat at a corner table until 4 a.m., closing the place down and inviting some female acquaintances back for "a private after-party."

Pop princess Beyonce Knowles and "Desperate Housewives" star Eva Longoria might well be getting it on – on the big screen, that is, if Sofia Coppola has her way. The two beauties are in talks, says the New York Daily News, to play the lead roles in a film version of "Tipping the Velvet," the graphic Victorian tale of a love affair between a dance hall star (to be played by Knowles) and a fishmonger's daughter (Longoria). "We've had 'Brokeback Mountain,' so the time is right for this divine novel to get the same treatment," said Beyonce last week. And Longoria confirmed that she's angling to do the movie. Coppola has yet to get the green light, but is actively trying to get the movie made.

No Booze on Stage for G'n'R, Says Maine

Rockers Guns 'N' Roses were forced to cancel a performance in Portland, Maine this week, after officials told the band they couldn't booze on stage. According to a spokesman for the Maine Public Safety Department, the band had wanted to drink beer, wine, and Jagermeister on stage, but state laws prohibit it. And as a result, said a band rep, it would have been "impossible for the band to perform their show to the usual high standards that their fans deserve," so Axl Rose and the boys cancelled their gig. Rose, in his own statement, called the rulings "draconian" and said the band would try to play again in the state some other time.

Party Favors: Scarlett and Josh on the Outs? ... Crispin Glover Not Close to Marriage ... Fox's "Justice" Gets Axed

Scarlett Johansson and her boyfriend Josh Hartnett might be close to calling it quits, says Page Six. "Scarlett is always mad at him," says one source, "and they are always arguing." Another reason for the possible rift might be the fact that Hartnett hasn't been in the country for weeks ... Crispin Glover – and how often do we get to do a Crispin Glover item? – says that he doesn't want to settle down with a woman, now or ever. "I don't know if I'll ever get married," says the former George McFly to retrocrush.com. "I go out with women that don't want to get married ... Fox's legal drama "Justice" has been given the 86, effective immediately. Fox reps says it's been "pulled" from the schedule, but the show's ratings had been flailing. Meanwhile, ABC's "What About Brian" got picked up for a full season.