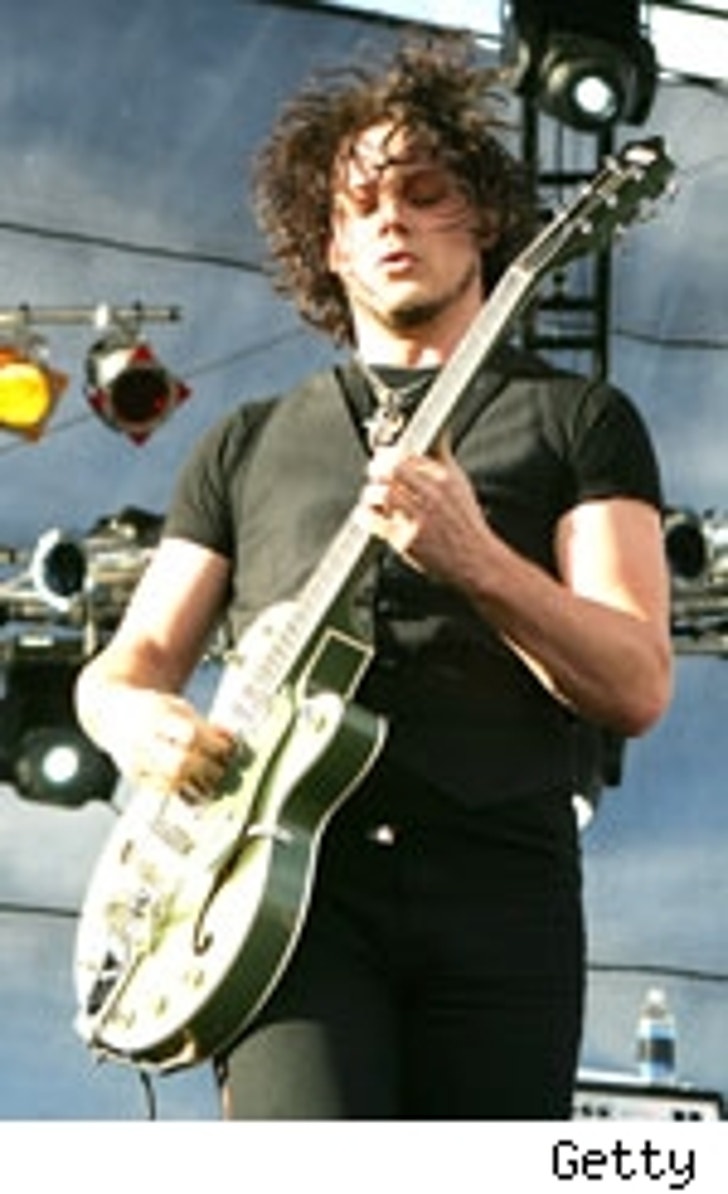 What do the White Stripes,The Raconteurs and the film "Cold Mountain" have in common? A certain man by the name of Jack White -- and if you're half the fan the TMZ staff is, then it's time to wipe away those Monday blues with the following eBay auctions.

When Jack isn't jamming with Meg in White Stripes, he's moonlighting as a Raconteur. Here is your chance to own a poster from a NYC Raconteurs concert -- but not just any poster; it's an original silk-screened limited edition poster by Rob Jones. Just because you weren't there doesn't mean you can't own the art!

If you've been on the lookout for a mandolin, now's your chance to own the one used by Jack White in the film "Cold Mountain." Jack played the mandolin while he sang "Never Far Away." Imagine how jealous the rest of the guys in your bluegrass band will be when you strum this beauty.