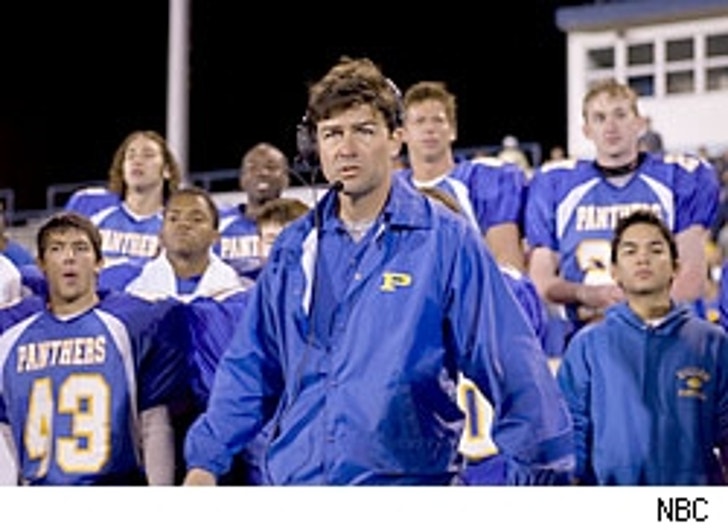 NBC announced today that "Friday Nights" has been given a full season order. The freshman drama about high school football in Texas has averaged 6.7 million viewers so far this season.

"We're proud to reward an authentic, poignant series like 'Friday Night Lights' with a full-season order, demonstrating our confidence in it's appeal and quality," said Kevin Reilly, President of NBC Entertainment. "Television critics and devoted fans have supported the show with well-deserved praise for the executive producers, writers and exceptionally talented cast."

Today's announcement follows last week's announcement that critically-adored but ratings-challenged "Studio 60" would be picked up for a full season.