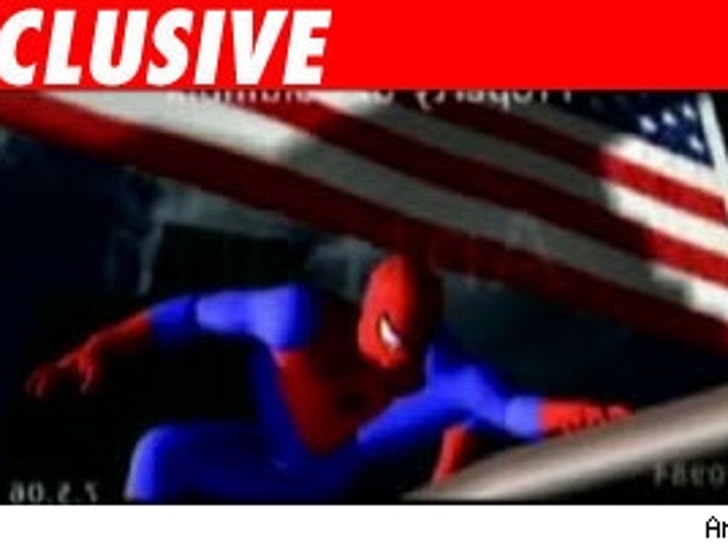 Breaking News: In a security breach with legal ramifications far beyond Hollywood's insular post-production community, an unfinished trailer for "Spider-man 3" has leaked onto the Internet. 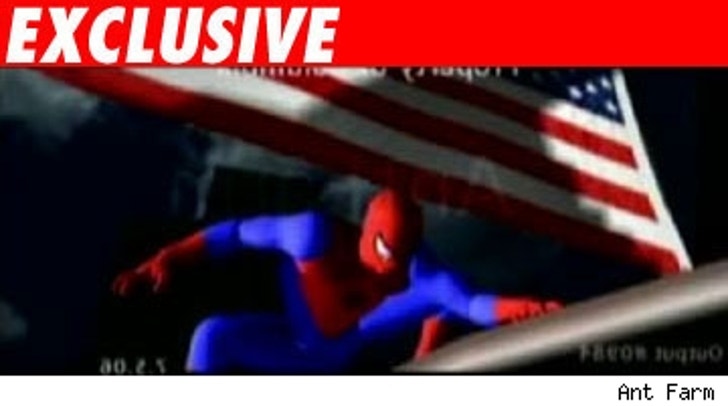 The theatrical trailer for the Sam Raimi blockbuster, which was ultimately not selected by Sony for it's "Spider-man 3" marketing campaign, shows scenes from the movie that bear the watermark of The Ant Farm, an award-winning trailer house that works on numerous studio films every year, including those of Sony Pictures.

But, unfortunately for Sony, the tell-tale watermark of the post production house is not a reliable indication of the source of the leak, insist Mike Greenfeld and Barbara Glazer, co-CEOs of The Ant Farm, who stressed that the studio doesn't believe the leak came from their company.

In an interview with TMZ, Glazer explained that the very nature of how trailers are tested means that the chain of custody for such a valuable piece of intellectual property is always a tangled web at best: Market research groups, dubbing companies, the director and even the original studio itself all have multiple copies of the trailer floating around after it leaves highly secure The Ant Farm post production facility.

"There are basic flaws within the system that make it impossible to guarantee security," said Glazer, "If you don't test them, you stand a much better chance of keeping a trailer secure."

And therein lies a major headache for Google: While Sony is not commenting on what, if any, legal action it may take breach of security that allowed the unfinished "Spider-man 3" trailer to go missing, Google Video is currently carrying the unfinished, pilfered trailer; while the studio clearly intends to inform Google that it must be removed, the nature of viral video is such that the trailer might well keep on being reposted ad infinitum.

Indeed, with thousands posters potentially uploading it after it was posted on You Tube, as well as movie websites like aintitcoolnews.com, (which was one of the first sites to carry the contraband trailer, though it removed it after Sony objected) Google could soon be playing defense on two fronts: Against it's own users, and against those deep-pocketed content companies who are displeased to see their wares illegally on display.

Already, Google may already be facing other copyright infringement lawsuits.

"a recent SEC filing covering the quarter ending September 30, Google acknowledged that certain entities have filed copyright infringement claims against Google Video along with several other services including Google News and Google Book Search...Google also conceded, in the filing made on Wednesday, that it may be subject to additional copyright infringement suits when its acquisition of YouTube closes. Adverse results from future or existing suits could require Google to pay damages or even compel it to change its business practices, Google warned in the filing."

Calls to spokespersons for both Google Video and YouTube were not returned late Monday afternoon.

But Ant Farm co-CEO Mike Greenfeld said the way YouTube cedes control of its content to users is a cause for concern for the motion picture business.

"If there's a chink in the armor, it's that anyone can upload anything on YouTube," said Greenfeld, "You have got to begin to question the wisdom of that."

Many already have. As former Broadcast.com and current Dallas Mavericks owner Mark Cuban blogged in October, "It will be interesting to see what happens next and what happens in the copyright world. I still think Google Lawyers will be a busy, busy bunch. I dont think you can sue Google into oblivion, but as others have mentioned, if Google gets nailed one single time for copyright violation, there are going to be more shareholder lawsuits than doans has pills to go with the pile on copyright suits that follow."

Meanwhile, today's Wall Street Journal does raise another interesting point, in a Jason Fry column that amusingly is entitled, "The Revolution May Be Briefly Televised":

"This is the YouTube curse: If a clip gets a lot of viewers, it immediately falls under scrutiny -- and if it's copyrighted material, as is often the case, the clip may well be removed, leaving useless links and frustrated viewers in its wake. Asking that clips be removed is a copyright holder's right, of course -- but this scenario raises a host of questions. Is there a level of success video sites dare not rise above, for fear of being sued into oblivion? And are our copyright laws still the right fit for an era where user-generated content is an increasingly important part of both art and daily life?"

Stay tuned, folks: Our spider sense is tingling, meaning more lawsuits are likely on the way.