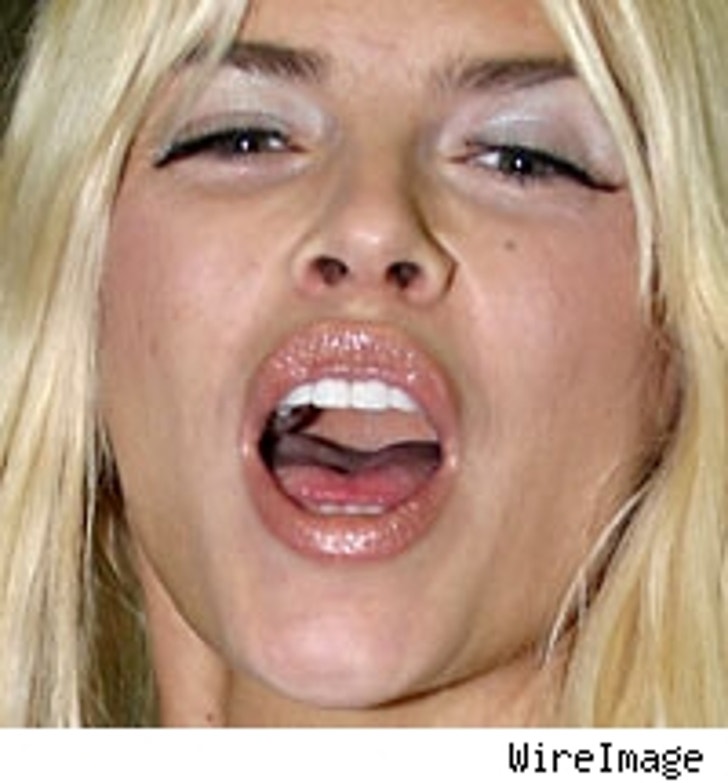 Anna Nicole Smith had her power turned off on Friday, and it wasn't pretty.

The drama played out in the Bahamas, where Smith has been living with her newborn baby and attorney Howard K. Stern. Smith's former "friend," G. Ben Thompson, claims to own the property and wants her out.

Without warning, Anna had no juice for her hairdryer, no power to watch herself on "E.T." -- nothing. Four hours later, after lots of threats from her lawyer, the power company agreed to a temporary reprieve until today.

But wait, there's more! Thompson and his son-in-law flew to the Bahamas on Friday and the son-in-law got on the property and served Smith with an eviction lawsuit. We're told Smith ran back inside the house and then appeared on the balcony and, in classic antebellum style, began screaming: "You get off this property. This is a gift and I ain't ever leaving. And I'll show you, Ben, you ain't never gonna see the baby again! You did a declaration for that f***head Larry Birkhead!"

For the record, we're informed that Smith told Thompson back in May that he was the father, only to learn that it was impossible because he had a vasectomy several years ago. Birkhead, Smith's former boyfriend, is currently suing to establish paternity.

We should know by the end of the day if Anna will be burning candles tonight.