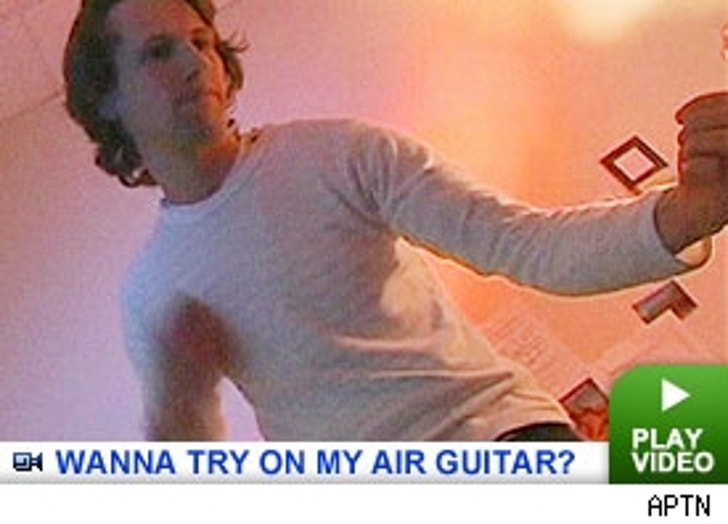 Advancement has been made in air guitar technology. Yes, you read that last sentence correctly: the future of air guitar is here. Hallelujah.

Australian scientists have engineered a shirt that turns the invisible instrument, a favorite of tipsy rockers, into something that actually creates music. The Australian Commonwealth Scientific and Industrial Research Organization (CSIRO) developed the shirt, which has motion sensors built into the elbows; movements are relayed to a computer which interprets them as guitar riffs. Ain't science wonderful? And you southpaws needn't worry, it even works for lefties!