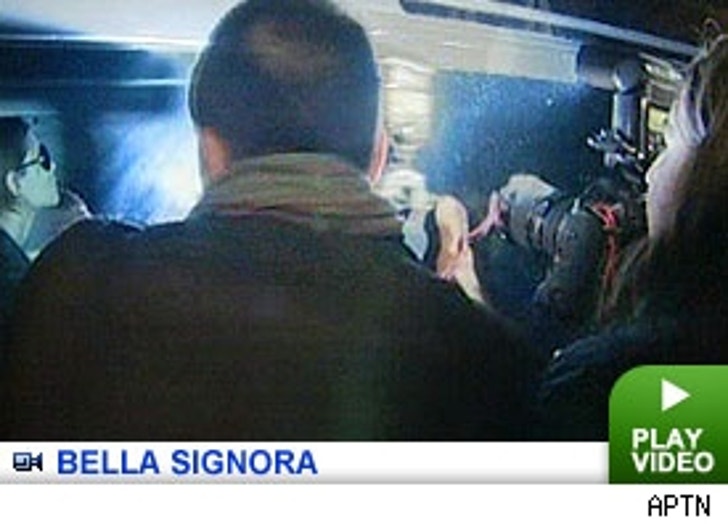 TomKat set off a photog frenzy as they left their posh Rome hotel for dinner.

Paparazzi swarming the Hassler Hotel in the Italian capital got their payoff as the soon-to-wed couple emerged in a caravan of black SUVs. Though the two were rumored to be staying at the hotel, located at the top of the Spanish Steps, hotel staff denied Tom and Katie were there. That was a buncha spaghetti.

Rumors were confirmed when two black Mercedes, carrying Katie Holmes and Tom's son Connor, whooshed from the parking lot. While AP reports that Tom Cruise was also in one of the vehicles, he can't be seen in the video. Damned tinted windows!