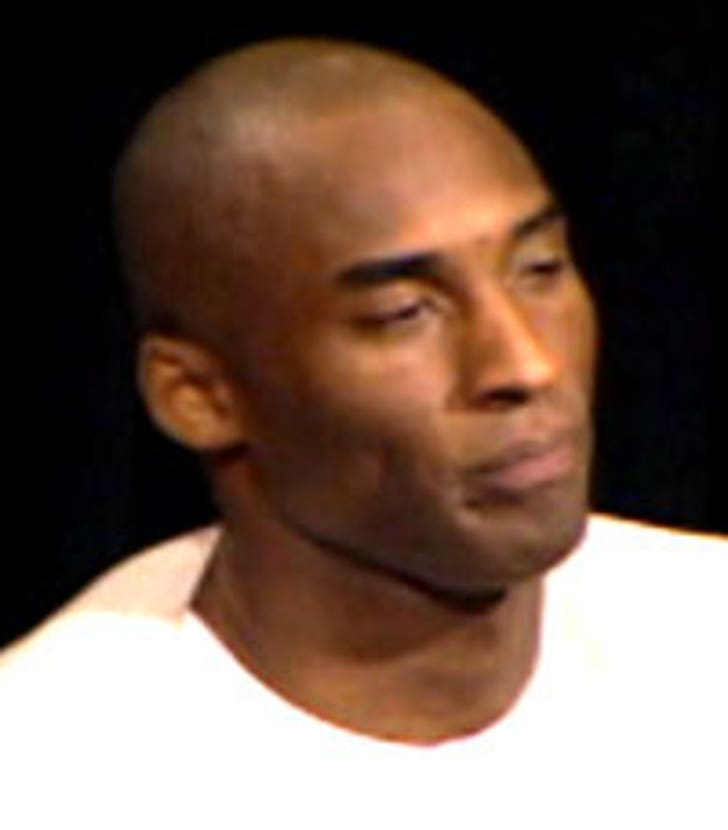 Kobe Bryant was sued in Federal Court today by a fan who claims he was deliberately elbowed by the NBA star during a Lakers game at FedEx Forum in Memphis last year -- and now the fan wants $75,000 in damages for unspecified injuries!

According to court documents, Bill Geeslin claims that during a game against the Memphis Grizzlies on November 14 of last year, Bryant came off the court during play, landed on him, and that Bryant "committed assault and battery and engaged in extreme and outrageous conduct when [Bryant], without provocation, violently struck Mr. Geeslin with [his] elbow, causing Mr. Geeslin injury and damages." So much for sitting courtside.

Bryant was famously accused of sexual assault back in 2003. While all criminal charges were later dropped, he settled out of court for a reported sum of $5 million.

Calls to Lakers representatives were not immediately returned.