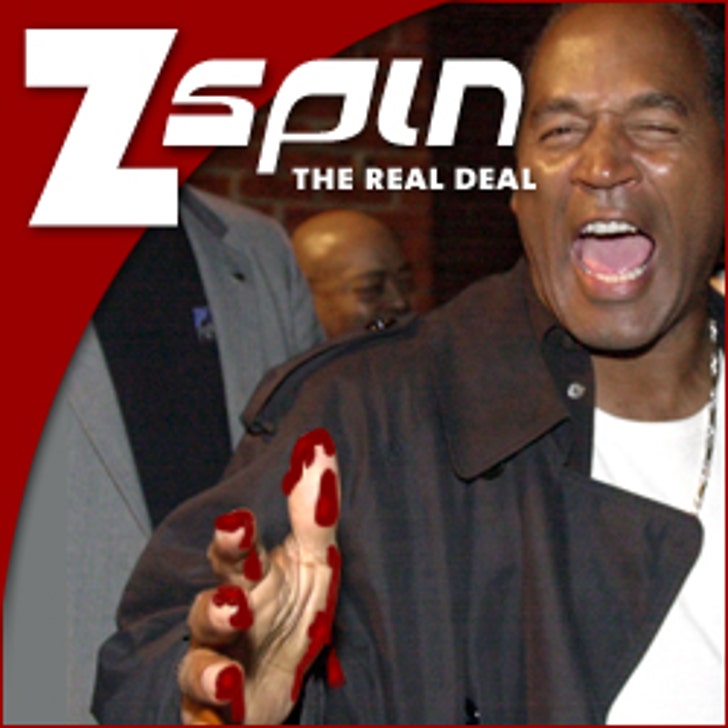 OJ Simpson will appear on a FOX special, hypothetically describing how he could have murdered Nicole Brown Simpson and Ron Goldman. First of all, strike the word hypothetically -- he's a killer. Second, I have a theory on how he killed them, and that theory led to a bizarre chase that was anything but low speed.

Rewind to 1994. I was the investigative/legal reporter for KCBS, the CBS affiliate in Los Angeles. The case consumed my life for nearly two years. Between wall-to-wall live coverage, live shots for other affiliates and everyone in my life wanting the latest dish, I was a one-note guy -- with a theory.

I think what happened on June 12, 1994 is that Simpson was in a rage after Nicole rebuffed and embarrassed him at a restaurant earlier in the evening. I believe Simpson sought revenge with a knife, a cap and gloves, but he didn't intend to slaughter anyone when he left his Rockingham residence sometime around 9:30 that night. I think Simpson planned to slash the tires of Nicole's Ferrari. Nicole would drive around town in her sports car looking hot and it drove Simpson crazy. The tires had been slashed a few weeks before the murder, and Simpson all but admitted to Nicole that he did it.

Simpson was insanely jealous of Nicole, and slashing her tires would temporarily clip her night wings. I think Simpson went to the condo, saw the lights on inside and started peering through the windows. When he realized Nicole was taking a bath and saw candlelight, that's all she wrote. Either he rang the bell or she heard something and confronted him at the front door, and then he nearly cut her head off.

That was my theory. So one Saturday night after dinner, maybe two months after the acquittal, I drove a friend who wanted to see the murder scene. I drove to the alley behind the condo, where the garage was, to explain my theory. As I rolled up, an older black limo was stopped in the alley. I wouldn't have thought much of it -- lots of curious people were always there -- but I noticed the limo driver make eye contact with me through his sideview mirror and then gun the engine.

I was stunned. Just like in the movies, OJ Simpson returned to the scene of the crime. I began following the limo and things got crazy. The driver was weaving through the neighborhood, making turns that made no sense. Simpson hated me, so I can only imagine how pissed off he must have been at his bad luck. The limo got to busy Sunset Blvd. first and crossed to the other side. I was stuck for around 15 seconds. When I crossed, I took a shortcut to Simpson's Rockingham estate. When I arrived, the limo was stopped, the gate was open and I saw the shadow of a man running up the driveway. No doubt in my mind, it was the killer himself.

By the way, in case you take issue with my calling him a killer, he may have been acquitted of murder, but a civil jury sure felt he slaughtered Nicole and Ron, awarding their families more than $30 million. They definitely didn't die running with scissors. He's the guiltiest man I've ever seen. And I saw him that night, in all his guilt.