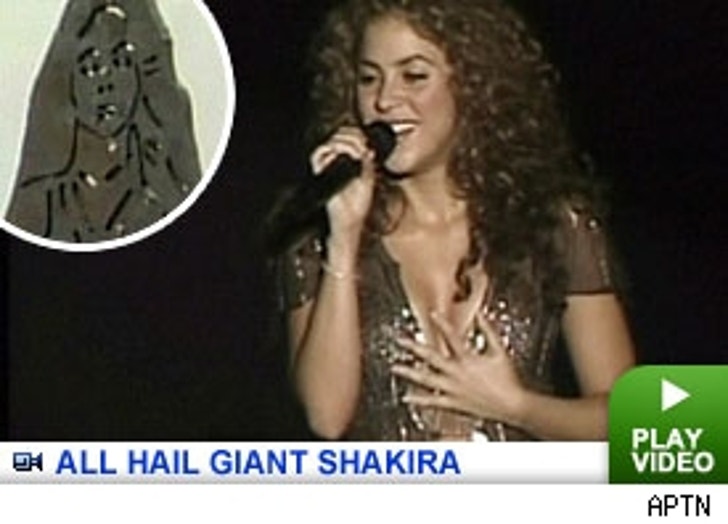 Colombian hip-shaking sensation Shakira was honored by her hometown of Barranquilla yesterday, with the unveiling of a 15-foot, six-ton iron statue of the singer. The statue does not gyrate.

Shakira played a concert in the city, which doubled as a fundraiser for Shakira's foundation, Pies Descalzos ("Bare Feet"), which builds schools around Colombia.

The sixth school funded by Shakira is set to open in 2008, putting her neck-in-neck with Angelina Jolie in the Hottest Humanitarian competition. Caliente!