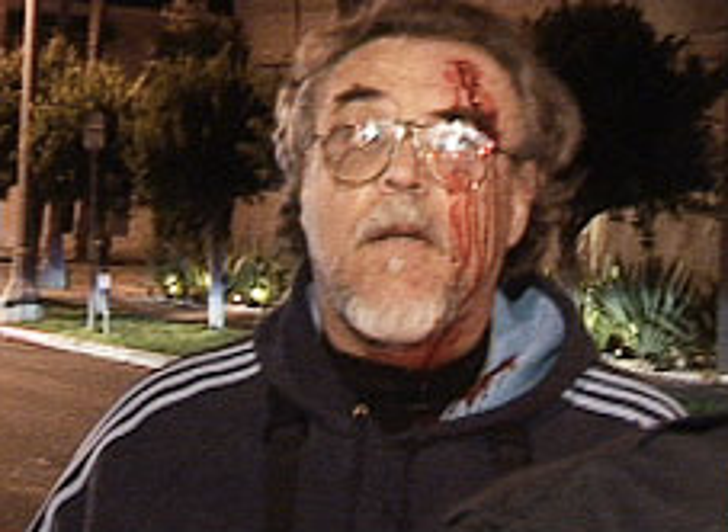 Blood streamed down the face of "Celebrities Uncensored" paparazzi guru E.L. Woody after a late night argument turned violent outside of Area nightclub in Hollywood.

It all went down as Brody Jenner exited the club, smiling and waving to waiting shutterbugs. While Woody photographed him, a random clubgoer approached and began shouting, "What are you doing? You don't need to shoot him, leave him alone." According to Woody, the man then broke a microphone off of another photog's camera.

Woody says he quickly approached the attacker and told him that he would have to pay for the damaged camera. That's when things got bloody. According to Woody, the man then grabbed another mic and smashed Woody in the face with it, opening a bloody gash above his left eye.

Private security quickly threw the alleged attacker in handcuffs and tossed him in the back of a security vehicle, while a battered Woody screamed at him. "Look what you did to my face? If you can't handle your liquor, you shouldn't be out! I don't care who you are, you're going to jail!"

E.L. Woody is scheduled to undergo a CATscan at a local hospital and will get stiches later today. Woody tells TMZ he will definitely file charges.