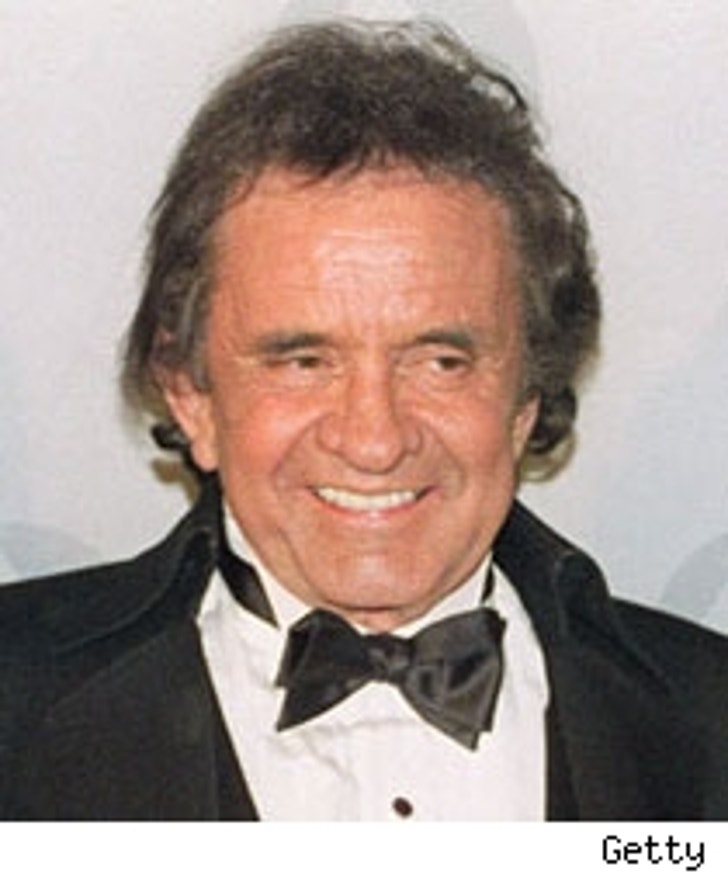 You know how respected someone was by seeing how many people turn out for their funeral. If the wake-like celebration for Johnny Cash in the new video "God is Gonna Cut You Down" is any indication, The Man in Black was worshiped by many. Bono (sporting a fancy paper hat), Kid Rock, Jay Z, Chili Peppers Flea and Anthony Keidis, Kanye West, The Dixie Chicks, Chris Martin of Gwyneth Paltrow and Coldplay fame, Sheryl Crow, Kate Moss (she was sort of in a band with her BF), Justin Timberlake and Rolling Stone Keith Richards are just some of the nearly three dozen stars with a cameo in the video.

The song is from the latest installment of Cash's "American Recordings" from producer Rick Rubin. The new disc is called, "American V: A Hundred Highways," and contains the last song Cash wrote before his death in 2003. It's an odd juxtaposition, using celebs in a video for a song describing how Johnny Cash identified with the "poor and the downtrodden." Rubin says, "These songs are Johnny's final statement. They are the truest reflection of the music that was central to his life at the time. This is the music that Johnny wanted us to hear."
People are listening; the record hit number one on Billboard.