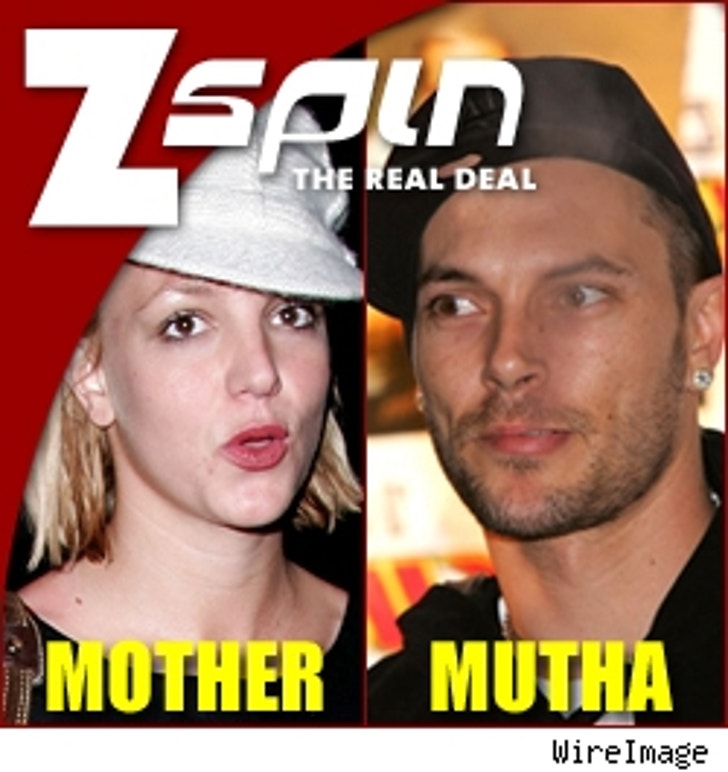 Britney Spears is in for a rough ride in her divorce from creepy Kevin Federline. She's about to learn an ugly lesson about celebrity divorces.

Make no mistake about it -- Federline has no interest in getting custody of the couple's two children. Sure, he's asking for custody, but it's all a thinly veiled attempt to extort money from Spears.

The word in Hollywood is that Britney loved partying before she had kids. My only encounter with Spears -- maybe two years before she got married -- was at a gym where she seemed completely oblivious to her celebrity -- chewing gum, dancing and clearly up for a good time, whenever. People I know who know her well say she was a sweet but wild girl.

Enter Federline. He partied with Britney and knows things she probably doesn't want public. And that would probably make her the same as anyone in a relationship. The difference is that Britney's secrets would get huge media play, and Kevin knows it.

So here's where he stands. Thanks to Laura Wasser, Britney's legal eagle who drafted an air-tight prenup, K-Fed will get less than $250,000 (a one-time spousal support payment), around $2.5 million (his share of the Malibu house) and that's pretty much it. So how does Fed Ex really cash in on Britney's fortune? He tells her that there are things the judge may want to know about her past that could bear on her mothering skills. But, of course, for a price, he'll go away.

Federline has been an absentee dad from the get go. He's shown no interest in parenting his kids. On the other hand, people who are around Britney all the time tell me she's an amazing mother. Trust me, we did more stories about the car seat than you can count. But she's with these kids 24/7 and does a really good job.

So the time will come soon when bad Dad will start threatening. And Britney will probably give Kevin more than he deserves to pimp his ride into the sunset. The only solace is that Federline will blow through his settlement quickly and I'm guessing he won't sell enough CDs to buy a Happy Meal. Maybe that's justice.