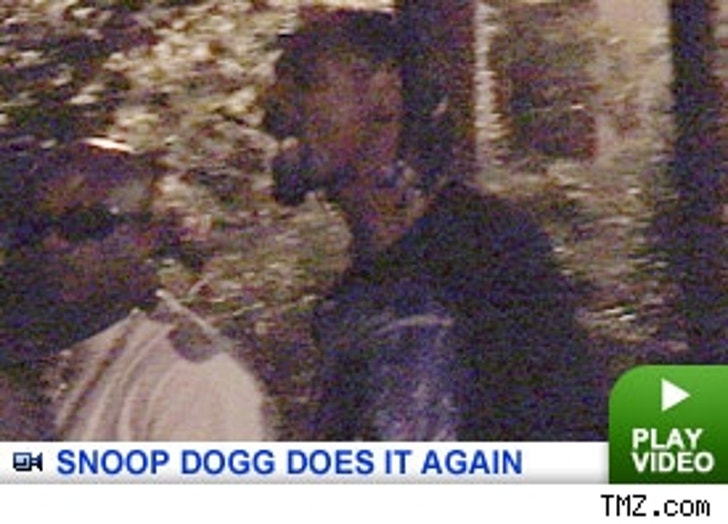 TMZ's G-Hollywood was at Area on Monday night where the Dogg Father himself threw an album release party with a huge VIP guest list.

Snoop Dogg was still singing as he exited the Hollywood hotspot after his performance in front of lucky clubgoers and friends. Snoop, who sells out arenas all the time, did things a little different this time for the small stage. Hip-hop all-stars like Chingy, Nate Dogg, Lil' John, B-Real from Cypress Hill and his cousin Warren G, all showed up to sample the highly anticipated album.