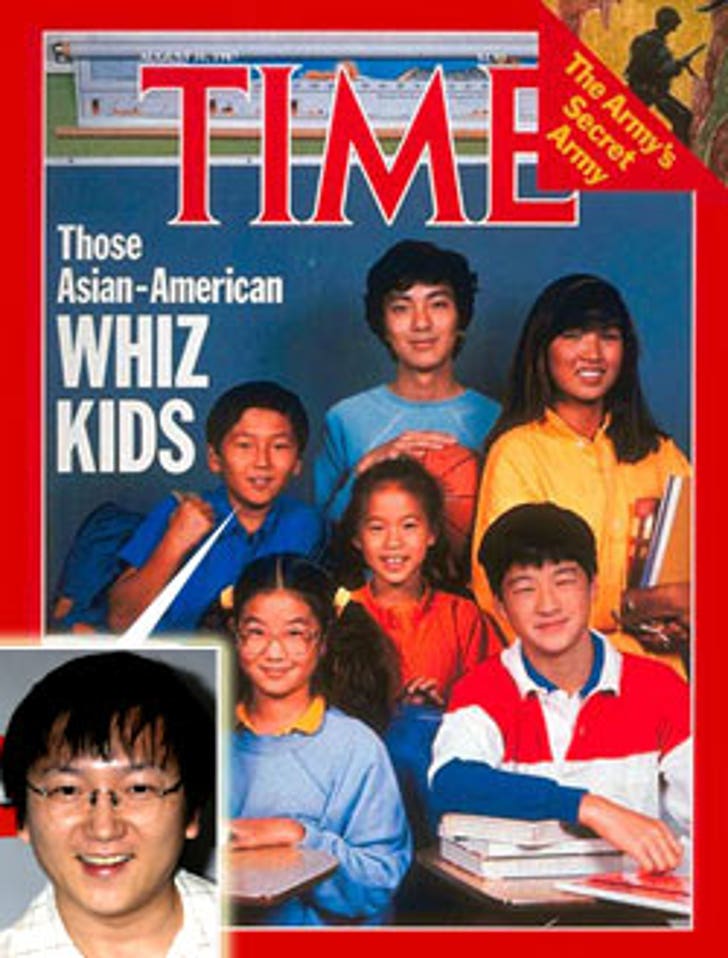 Masi Oka shot to fame playing Hiro Nakamura on the NBC hit "Heroes," but the 31-year-old landed his first magazine cover when he was just 12.

Oka was on the cover of Time magazine in 1987 (he's the one in blue on the left) with the banner, "Those Asian-American Whiz Kids." He told Conan O'Brien that a parent of one of his childhood friends was the photographer, and "She was looking for smart Asian kids." Oka wasn't featured in the article, but he is something of a genius.

Masi worked for George Lucas' special effects company, Industrial Light & Magic, toiling on special effects for films like "Pirates of the Caribbean: Dead Man's Chest," "War of the Worlds" and the three "Star Wars" prequels. Oka says he still works for the company a couple of days a week.

In a clip from tonight's episode of "Heroes," Hiro figures out that he teleported back in time six months instead of only one day. "Heroes" airs tonight at 9PM ET/PT on NBC.