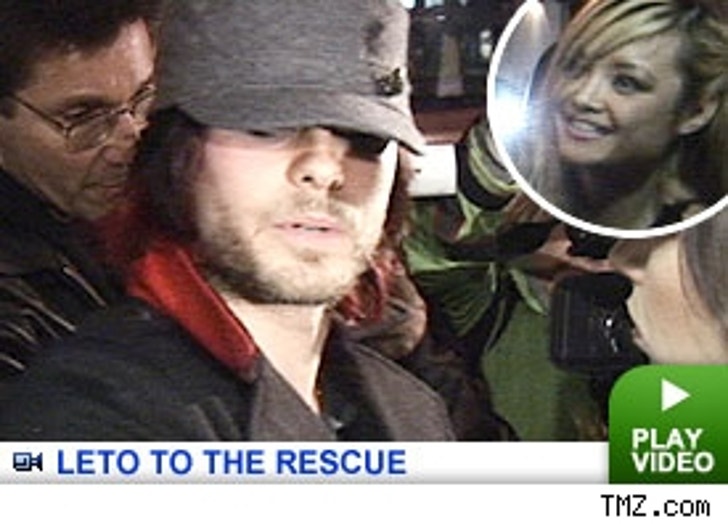 Wearing his trademark eyeliner and some fried burgundy hair, Jared Leto was seen clubbing with his very own Internet pin-up.

MySpace model Tila Tequila got the Tara Reid treatment when she tried to enter Hollywood hotspot Hyde on Saturday night -- dropping Jared Leto's name as her boyfriend in the process. The packed club was hosting an after-party for a 30 Seconds to Mars show, but the model apparently wasn't on the list.

"I just came from his show, Jared Leto, that's my boyfriend," she pleaded with the hostess at the door -- to no avail. She eventually got in once Leto arrived, and shot our cameras a look.

Tila recently blogged on her MySpace page that she's taken a six-month vow of celibacy. For Jared's sake, let's hope that's not the case.